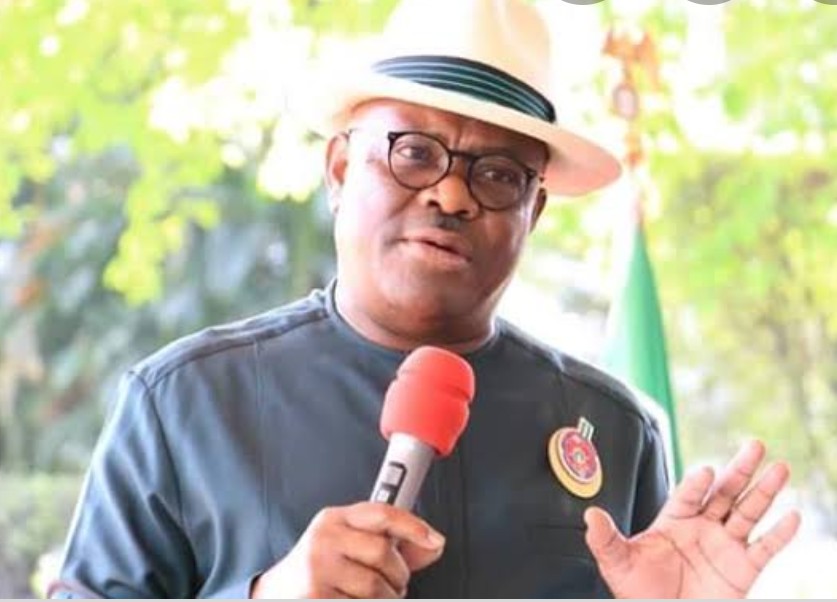 SaharaNews recalls that the hotel manager had earlier been arrested, convicted and taken into quarantine by the Rivers State Government.

On Sunday, report says Azoroh had tested positive for Coronavirus. However, Needam, in a statement alleged that Wike had succeeded in infecting his hotel manager with COVID-19 and kept him under the treatment of unorthodox hired medical officers who “will finally kill him.”

He also alleged that the governor has also ordered the tracing of the lawyer of the Manager so as to arrest him to the isolation centre.

According to Mr.Needam, the evil moves by Gov. Wike is aimed at justifying the demolition of his hotel, an action that received viral condemnation.

He further called for the intervention of President Muhammadu Buhari and the Nigeria Centre or Disease Control, NCDC to save the life of his hotel manager.

ALSO READ:  Don't Dare Me, Or I will Grind You To Halt - Gov Wike Issues A Stern Warning To PDP

“The illegal detention facility is in Stadium, Elekahia, Port Harcourt and the Federal Government has since kicked against all forms of illegal detention in Rivers State. The Administration of Governor Wike has no regard for rule of law and feelings for the poor masses.

“The Rivers State Government and Governor of Rivers State must be held liable for infecting my manager who is in their custody for over 15 days with COVID-19. He was a very healthy person before his arrest. It is therefore medically impossible that the infection occurred before his detention.

“It is a known fact that I and the Rivers State Government are at daggers drawn over demolition of my hotel. It is a beastial act for the same Government to convict my manager and now infect him with the novel Corona virus. It is also known that the object of the Governor is to kill my manager and his lawyer by conducting some unorthodox medical tracing to the lawyer.

“The manager is currently under pressure to take some unorthodox drugs that are non-compliant to the NCDC prescription and treatment procedures.

“Furthermore, the drugs have been prepared locally and it is a poison such that if used will kill the manager of Prodest hotel within 24 hours.

“The whole world should be aware that Governor Wike wants kill the manager to convince the public that infected persons were in the hotel all in attempt to justify his illegal demolition of the hotel on the 10th of May 2020. The society should therefore be concerned just as I am worried.

“This is an SOS call. The President of Nigeria should step in now to stop the murderous rage of the Governor of Rivers State. He should submit Dr. Bariledum Job Azoroh to NCDC in Abuja and stop all further acts in this matter. All concerned are by this advised to go into hiding until the President steps in. This situation requires the full implementation of a state of emergency in Rivers State.”

The Rivers State Government was yet to react to the allegations as at the time of filing this report.

We Announced Nigerian Natural Cure For COVID-19 3 Months Ago, Nobody Listened — Prof Iwu