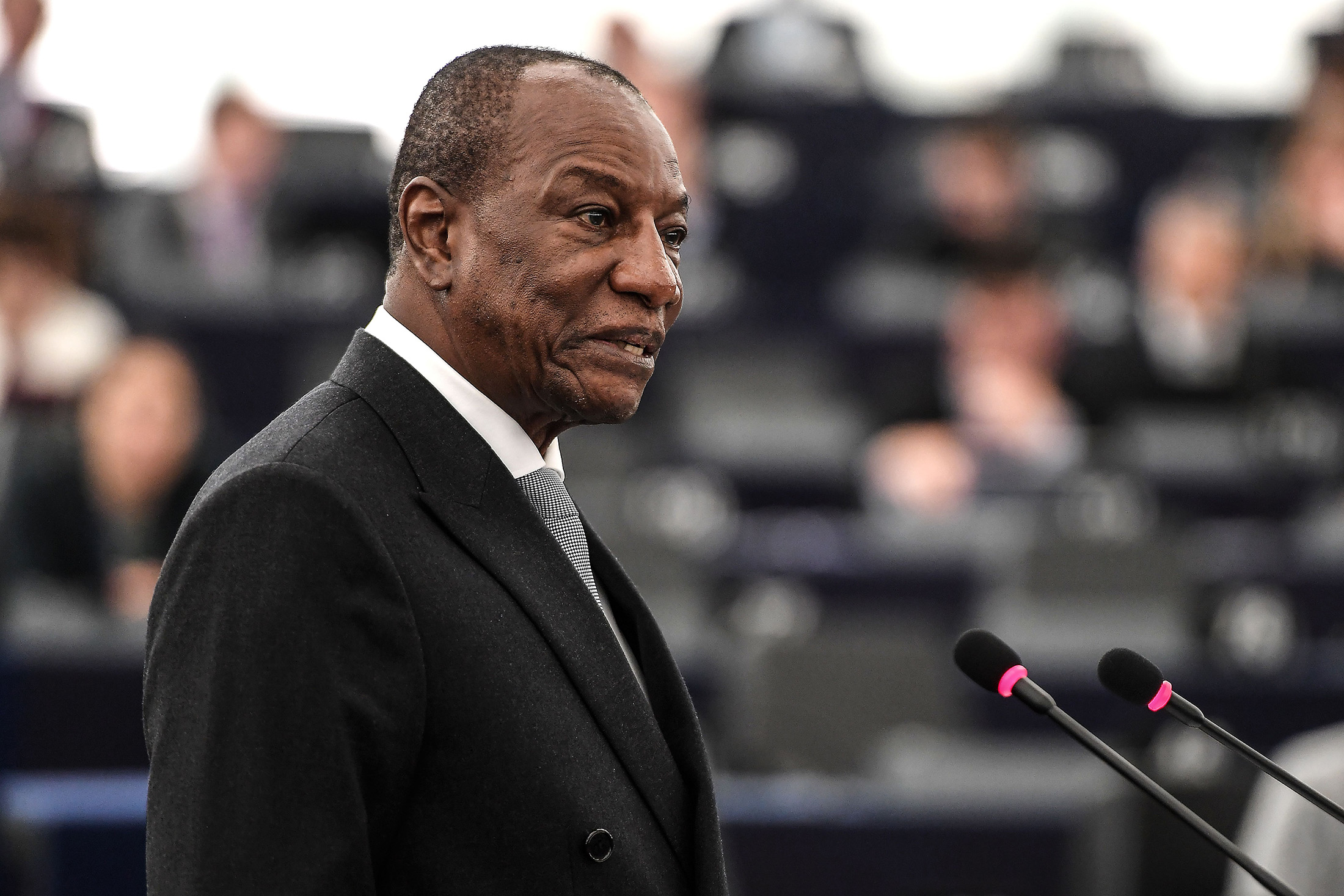 Incumbent Alpha Conde has won Guinea’s disputed presidential election with 59.5 per cent of the vote to secure a controversial third term.

According to Aljazeera, the announcement on Saturday came after days of deadly violence in the wake of the October 18 vote.

The opposition says 27 people have been killed, while officials have put the death toll at about 10.

The victory, which requires confirmation by the Constitutional Court, gives a third term in office to the 82-year-old after a bitterly fought election in which the opposition said he had no right to participate.

Conde says a constitutional referendum in March reset his two-term limit, but opponents say he is breaking the law by holding on to power.

Results were announced in batches in recent days and already showed Conde with an unassailable lead, sparking street protests in opposition strongholds.

ALSO READ:  COVID-19 Vaccine Not Our Business In Kogi, We Have More Serious Issues – Governor Bello

Opposition candidate Cellou Dalein Diallo, Conde’s nearest rival with 33.5 per cent of the vote, said he has evidence of fraud and plans to file a complaint with the Constitutional Court.

Under the law, complaints must be filed within eight days of the preliminary results.

Doubting the independence of the electoral authority, 68-year-old Diallo had on Monday declared  the winner of the first round of voting before the results were announced, which triggered confrontations between his supporters and security forces.

Protesters took to the streets of the capital, Conakry, again on Saturday and residents of some suburbs said police officers were firing teargas canisters to clear them off.