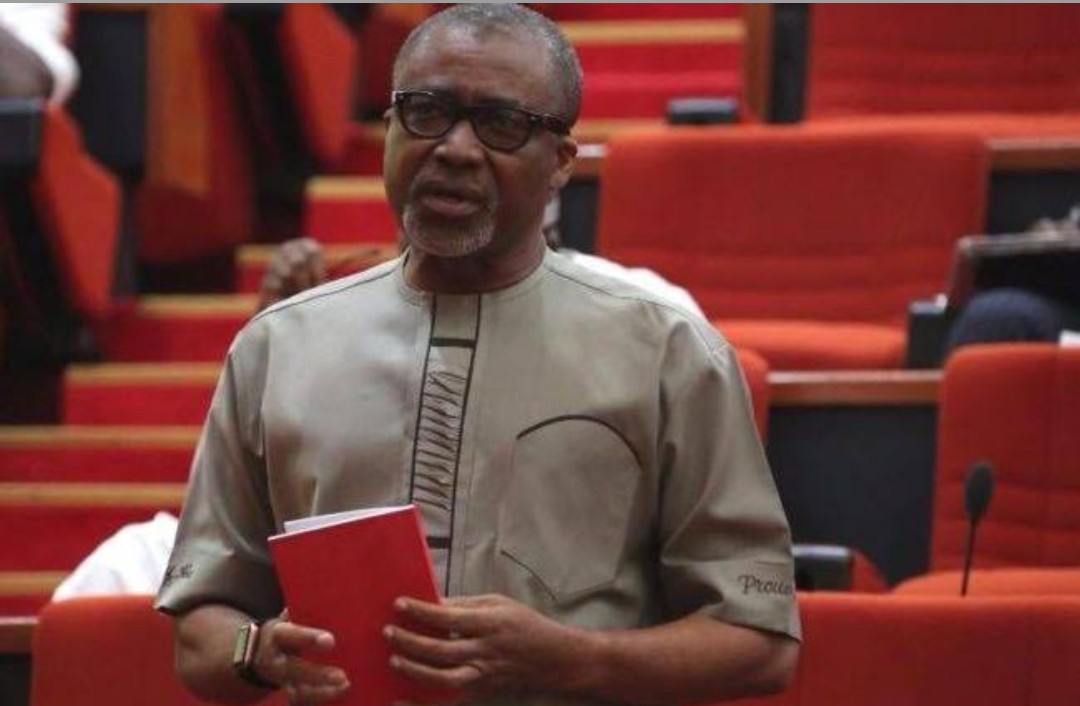 “With due respect Mr Senate President, there are some words that cannot be interchanged with any other word, hence we must say them exactly the way they are” —-Senator Enyinnaya Abaribe

Mr. Senator Sir, on the 12th of April 2018, you made the above statement on the floor of the 8th Senate while reacting to an appeal from the Senate President, Bukola Saraki asking you to withdraw your choice of words, while you were condemning some antics of Mr. President, Muhammad Buhari. Your aforementioned statement is what endeared you to me and made me develop keen interest in you.

Distinguished Senator, My name is Umezulike Chukwuemeka Desmond-Cruz, a Nigerian by COINCIDENCE and by FORCE, a lover of truth and defender of truth.

Sir, I would have chosen to address this letter directly to the Leadership of the 9th Assembly, but the prevailing circumstances and unfolding events at the National Assembly glaringly underscores the fact that doing so, would amount to an exercise in futility. Hence, the need to look out for you, who is the ONLY impeccable, stentorian, vociferous people-oriented and pro-masses voice, currently at the Senate. In doing so, let me sincerely apologize in advance for my harsh choice of words, because just as you rightly stated, “Some words cannot be interchanged” hence I must expressively and exhaustively speak my mind now or never.

Distinguished Senator, I want to believe that you are not unaware of an idiotic, imbecilic and unfathomable Bill currently before the 9th Assembly, seeking a death sentence for Hate Speech. While I condemn in totality the proliferation of Hate Speeches, Fake News and propaganda in Nigeria, mostly through the Cyberspace, I am tempted to ask, what do we stand to benefit by eventually passing this Hate Speech Bill into Law?

The Question is, what can we categorically classify as Hate Speech? Is constructive criticism, whistleblowing, opposition, activism or freedom of speech all Hate Speech? What are the limits and restrictions of this Hate Speech? Won’t this Bill if passed into law, become an instrument to murder and silence dissenting voices in a dispensation alleged to be a democratic era?

Can we graciously and holistically juxtapose the damage this hate speech might have caused us (Nigerians) and our country, with the apparent damages caused by corruption, killings, embezzlements, misappropriation of funds, political imprisonments, witch hunting, Disregard to the rule of law, and in all sincerity and honesty arrive to an unimpeachable and infallible conclusion that Hate Speech has inflicted more harm than other abnormalities eluidated herein?.

Distinguished, isn’t it a miscarriage of justice for a country to demonize, criminalize and sanction hate speech with a death sentence, while boldly canonising Corruption, Impunity, killings and disregard to rule of Law.

My greatest fear about this hate speech bill may not be the death sentence, but my realization that in a democratic era, my voice is meaningless. What then becomes of the freedom our founding fathers fought and paid for with their blood?

Distinguished Senator, I humbly appeal to your good conscience as the voice of the common Man in that Senate and the Minority Leader, to please gather all arsenal within your reach to calm this raging storm. Kindly lobby the Senators that are not rubber stamp senators both in your party, PDP and other parties, to quell this madness called Hate Speech Bill.

Distinguished Senator, if this bill is allowed to see the light of the day, then it is safe to say that Nigeria is heading for the rocks and we shall be inviting a political and socioeconomic storm across this country. We must act now to salvage this situation.

Before I drop my pen, help me extend my warmest regards to the Senator sponsoring that Hate Speech bill. Help me inform him that posterity will forever remember his “Good” deeds.

Once again, I remain eternally grateful to you for always speaking truth to power against all odds.
I want to reiterate that there is no Nigeria Senate without SENATOR ENYINNAYA ABARIBE (a.k.a ONE MAN SQUAD).
May God continue to bless you. Your deeds are forever immortalized in our heart.

I earnestly look forward to watching you oppose this idiotic Hate Speech bill vehemently on the floor of the 9th Assembly.