US lawmaker raises alarm over Kanu’s health and continued… 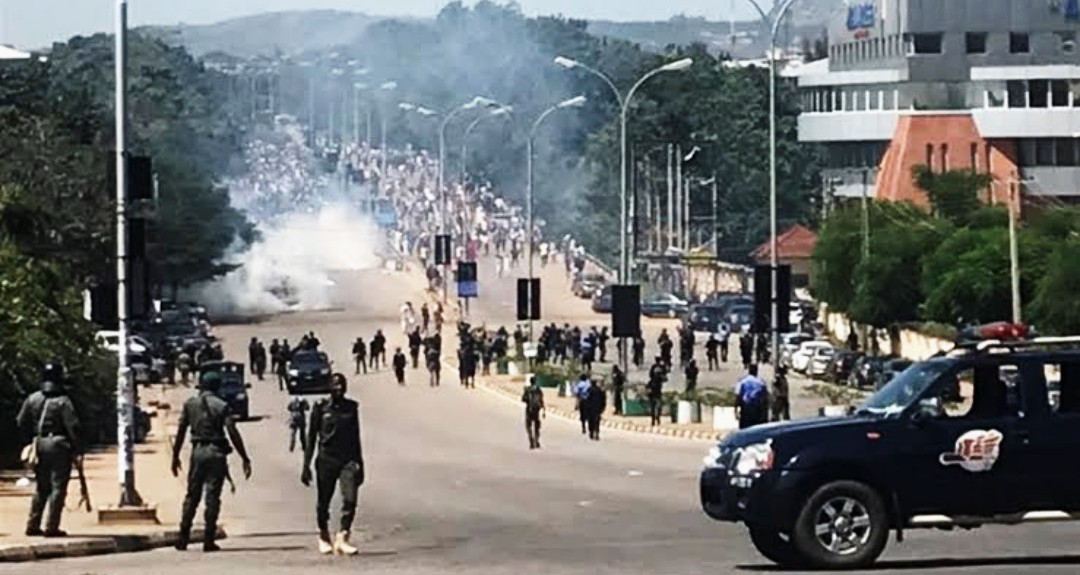 The exercise, which was to rid the highway of distortions and environmental nuisances turned violent, when some of the affected people and sympathisers began throwing stones at the team including journalists covering the exercise, resulting in the destruction of the official vehicle of the Chairman.

It was observed that most of those affected were the Keke NAPEP operators, technicians and petty traders, who allegedly turned the place to makeshift workshops, shopping centre and restaurants.

Speaking with journalists after the exercise, the chairman FCT Task team, Comrade Ikharo Attah, who described the incident as unfortunate, said his team cannot be deterred by the development as sanitising Abuja is a must task to achieve.

He said that FCT project is one that must be owned and key into by everyone adding that FCT is very important to majority of Nigerians than to leave it in the hands of few to be destroyed.

Similarly, Head of operations, Abuja Environmental Protection Board (AEPB), Kaka Bello, assured that the cleared site would be handed over to Parks and Recreation Development of the FCT Administration, for maintenance.

Bello maintained that the Noard will sustain the effort though continues enforcement in the area.

He said: “You Will recall that three weeks ago the task team gave the tricycles riders one week ultimatum to relocate from the place.”

ALSO READ:  Buhari Can Rule Nigeria From Any Part Of The World — Oshiomhole