BREAKING: Ohaneze Frowns At The Delay In Bringing Fr… 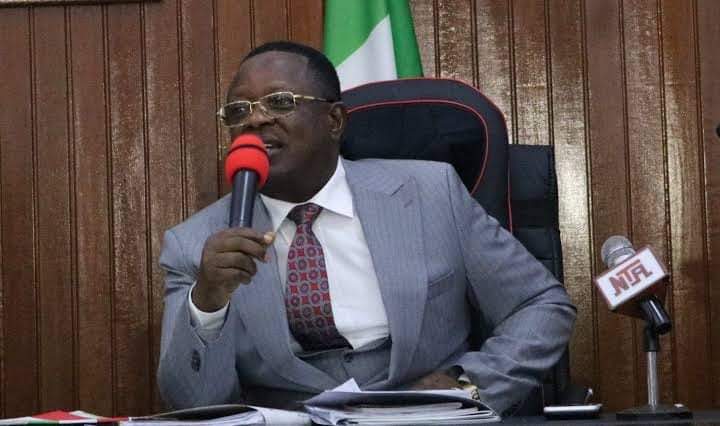 SAHARANEWS – At least nine persons have been killed and four others missing in a renewed communal crisis in Ukwagba Ngbo in Ohaukwu LGA of Ebonyi State.

Speaking over the ugly incident, Governor David Nweze Umahi revealed that he was completely dejected when he received the sad news.

Umahi also threatened to arrest and imprison stakeholders of the area for allegedly sponsoring the massacre.

Umahi, who visited the council headquarters of Ohaukwu LGA located at 135 along Abakaliki- Enugu, gave stakeholders of the area 24 hours to produce the killers of the 9 persons and the missing four others in the area.

Represented by the deputy Governor Barr. Kelechi Igwe, the governor said it is a shame on the stakeholders of the area including the 6 former chairmen of the council to allow killings to ravage the local government.

Recall, Ohaukwu LGA is the hometown of the former first civilian governor of Ebonyi state, Dr. Sam Egwu, who is the current senator representing Ebonyi north senatorial zone, but Ohaukwu LGA has been ravaged with serial crises leading to killings of innocent persons on daily basis.

“It is a shame on all of you. We did not come to paint pictures or clap for you. Do not deceive government . Everyday Agila people have come. It is pure falsehood, you know what is happening to yourselves , you are killing yourselves .

“We are tired of hearing sentimental stories of what is happening in Ohaukwu. What we want is action. Some people wrote an undertaking to government . Most of you are here and for those who are not part of it , we will make you part of it . Because they had agree that if anything as tragic as this happens in Ohaukwu again we should hold them responsible.

“All These people that signed that undertaking must produce those people that were killed and those that waylaid the to Effium. You can set up a vigilante to do that . Enough is enough. We must stop playing games”, Umahi warned.