BREAKING: Finally Atiku Open The Can Of Worms, Confirms…

BREAKING: Many killed as Fulani herdsmen in military uniform…

BREAKING:Herdsmen Crisis is Not North Vs South Conflict, Ohanaeze Says 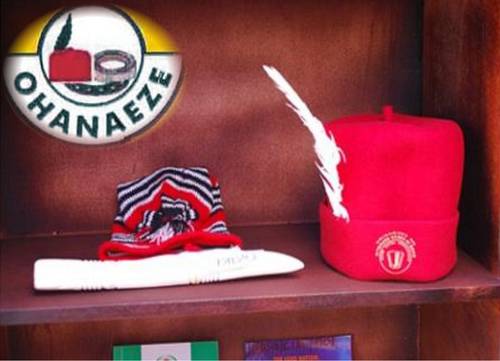 The apex Igbo socio-cultural organisation, Ohanaeze Ndigbo, has called on the elite in the North and South to desist from inflammatory comments and narratives that could stoke conflict and inflame passions.

Ohanaeze said no one would gain from such idle chatter; rather Nigeria would lose big time.

In a statement issued on Thursday titled, ‘On worsening herders-farmers crisis: Ohanaeze cautions on false narratives’, signed by Ohanaeze National Publicity Secretary, Chief Alex Ogbonnia, it condemned the activities of herdsmen that had instigated crisis in the land through the invasion of farmlands, vandalism, rape, and murder.

The statement read, “Ohanaeze Ndigbo is concerned about recent developments in Nigeria around the activities of herdsmen of Fulani stock said to be foreigners from outside Nigeria who have caused damage across the land and elicited adverse reactions.

“While that is disturbing enough, we are distressed by the tenor of conversations on the subject pushed by persons who should otherwise do better. Many are framing it as a North versus South conflict. This is not correct.

“We assert that no one in the South, not the least the South-East, has issued quit orders to all northerners or will ask northerners to leave. Ndigbo people are nation builders and not destroyers.

“Rather, what has happened in the South-West, the South-South, South-East and the Middle Belt of Nigeria are cries of citizens and their governments for lawless inhabitants of our forests and lands to stop criminality.”

It added, “We declare that our people demand the observance of due process by all groups. We deplore rash and unlawful retaliatory actions. We condemn even more the activities of herdsmen instigating crisis in the land through the invasion of farmlands, vandalism, rape, and murders.

“We call on northern leaders to enjoin a return to the lawful herdsmen with whom our communities have interacted in various Hausa settlements across the South-East over many decades.”

The Deputy Chairman of Oyo State Council of Obas, Oba Francis Alao, who is also the Olugbon of Orile Igbon, said peace had returned to Kajola and other villages taken over by a Fulani man, Iskiku Wakil.

The Asawo of Ayete, Oba Emmanuel Okeniyi, and farmers in the villages, had earlier raised the alarm that Wakil and his armed kin pursued farmers out of the villages and