NNPC has announced no oil money for federal, state or local… 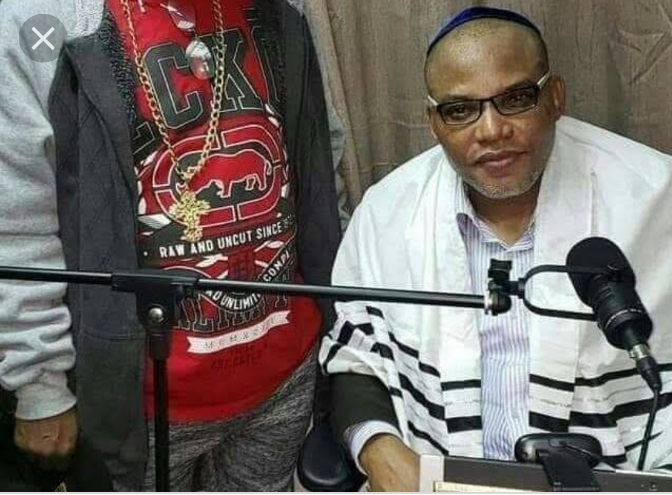 The Indigenous People of Biafra, IPOB, has reacted to the move by the President Muhammadu Buhari government to establish a radio station for Fulani herdsmen.

IPOB said the move was a confirmation of the eventual ‘Fulanisation and Islamisation’ of Nigeria.

The group noted that its leader, Nnamdi Kanu had predicated the move over five years ago; long before Buhari became the president.

In a statement by IPOB Director of Media and Publicity, Emmanuel Powerful, the group said that the process constituted a clear danger to non-Fulani Nigerians.

The group blamed Olusegun Obasanjo, noting that many innocent lives could have been saved if the likes of former President had spoken out before now.

ALSO READ:  BREAKING:Don't Sell arms to Nigeria, Akintoye, Nwodo, others keep in touch with US, EU

The statement added, “Had the likes of Obasanjo spoken out earlier when our leader repeatedly warned of what was happening, many innocent victims of Fulani herdsmen would still be alive today, many ethnically cleansed communities in the Middle Belt, would have been sparred also.

“But in a country where envy is a badge of honour and jealousy a commendable trait, we expect opposition to the divine messages coming from Mazi Nnamdi Kanu about the liberation of not just Biafra, but of all ethnic nationalities in Nigeria which some are still ignorant of.”

Powerful said that Kanu had on February 6, 2014 ‘prophesied’ that “Fulani herdsmen will be armed and encouraged to slaughter us with impunity and their masters will protect them.

“They are coming to ensure that people are enslaved forever, those who don’t believe me will soon see it happen before their eyes.

“They are coming to elevate Hausa-Fulani supremacy to reposition the security agencies by sacking all competent hands and replace them with their Fulani Herdsmen to drive their ethnic domination of Biafrans and other tribes in Nigeria.

“The combination of N100 billion to Miyetti Allah, and Federal Government floating of a dedicated radio station for Fulani, was the beginning of the opening of the floodgates of hell in the country.

“Our leader Mazi Nnamdi Kanu warned about their coming and connection to ISIS nobody listened to him.

“When he was crying and lamenting that people will die, our daughters abducted, our mothers raped, nobody paid any attention, he was dismissed as an attention seeking mad man. Today, what is happening; we ask?”