“What Is Dangote Up To?”, His Trucks Smuggling…

I am a Nigerian running to serve every Nigerian. I urge a… 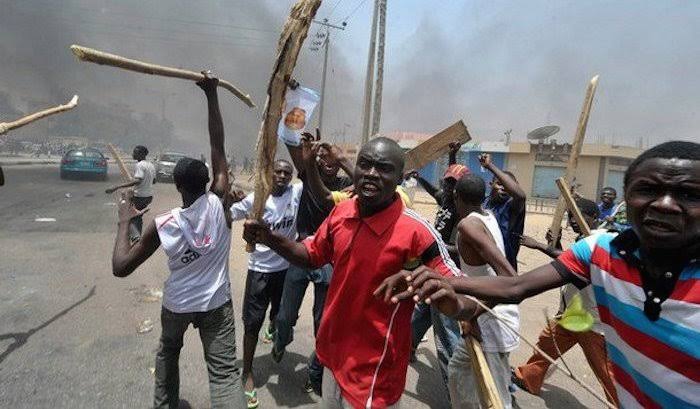 Chairman of the Vegetables Traders Association, in the state, Dalyop Pwasa, confirmed the incident to DAILY NIGERIAN.

“Yes is true that some people have entered into our market on Wednesday, broke some shops, stole items and burned down 14 shops.

“They have also destroyed two mosques in the market,” Mr Pwasa added.

Corroborating Mr Pwasa, the secretary of the market association, Fodio Umar, said the two mosques were completely demolished despite the curfew.

“It is confirmed that some miscreants have demolished the two mosques in our market,” he said.

“They started the demolition on Wednesday and completed Thursday and they have completely pulled down the mosques to foundation level.”

Mr Umar said they also burgled their shops and set many of the shops on fire.

According him, reports have been made to the police area command at Sabon Barki, who requested the two Imams of the mosques to report to the station.

“The curfew situation has made us unable to go and see the extent of damages on our property. Only our chairman was there.

“Mr Dalyop Pwasa has been doing his best. He mobilise trucks that evacuated lots of our goods out of the market.

“He was the one that called fire fighters that quenched the inferno,” he added.

Police spokesman in the state, ASP Ubah Ogaba, neither answered our reporter’s telephone call nor responded to a text message seeking police response on the matter.

‘Nigeria will not breakup’ — Obasanjo tells IPOB, others