VP, Yemi Osinbajo Exempt Self From Clamp Down On Social…

How Buhari trekked from South-East to Cameroon border for…

HORROR: Nigerian Soldier Goes On Rampage, Stabs 2 To Death, Injures Many Others 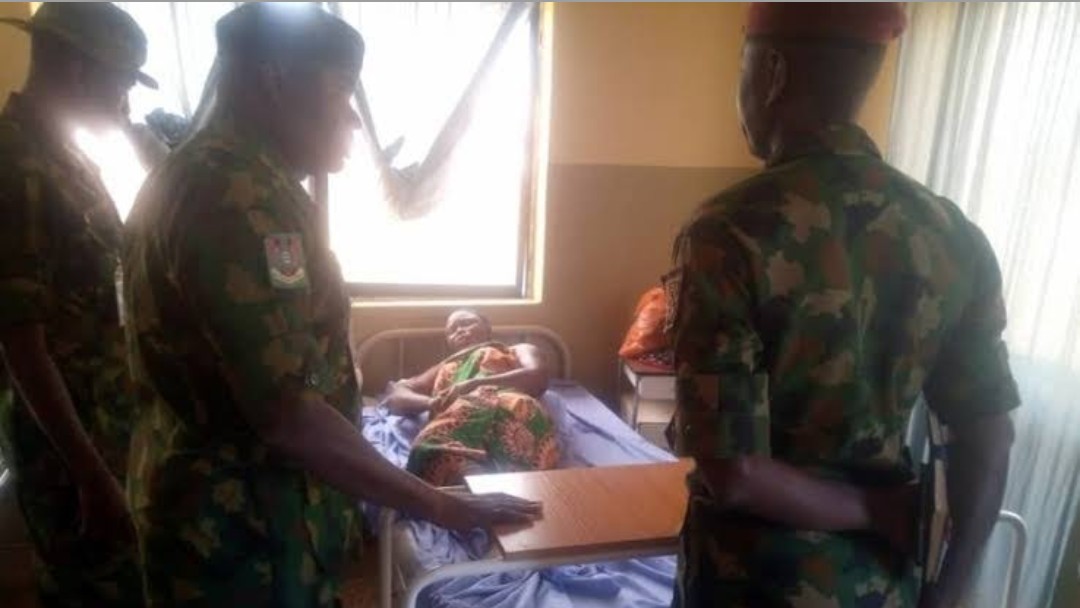 SAHARANEWS – A Nigerian army officer on an official break for medical treatment has carried out a stabbing rampage that left at least two people killed and several others injured.

Olodi Blessed, a private from the 401 Engineer Construction Regiment in Osun State, killed a neighbour and a fellow soldier when he suddenly unleashed violence at the barracks on January 2.

His wife and four others, including a lance corporal, were wounded in the attack and now undergoing treatment in critical conditions at the hospital, according to military sources briefed on the development.

A woman, who was preliminarily identified as Mrs Iyabo, and a corporal were the two people confirmed dead in the attack. Their remains are at the morgue of the Obafemi Awolowo University Teaching Hospital.

The wounded lance corporal was amongst those who tried to disarm Mr Blessed, sources said.

Mr Blessed used a jack knife to carry out the attack.

He was later detained after he was arrested by a team of colleagues led by a lieutenant.

Military sources told newsmen that the troubled soldier was on a medical leave from the 17 Field Engineer Regiment operating from the counter-terrorism frontlines in Nigeria’s North-east.

He had recently attended a course at the Nigerian Army School of Military Engineers, Makurdi, before returning to the 401 Regiment in Oke-Gada, Ede.

Meanwhile, a report on the tragedy had been filed to appropriate military departments and formations, according to sources.