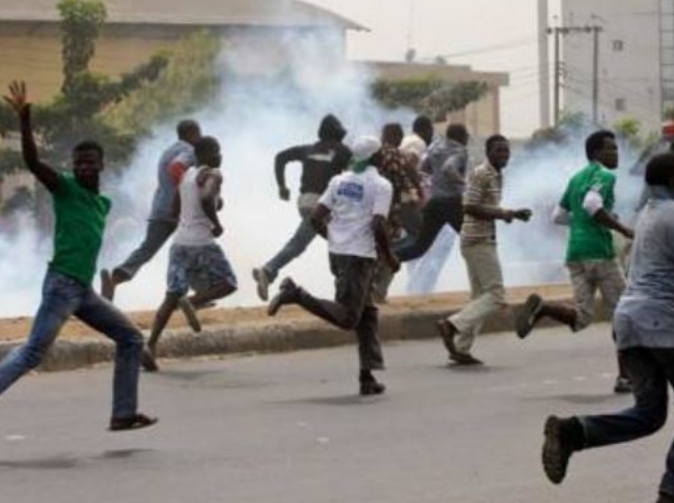 SAHARANEWS – No fewer than three people were reported killed in Eneka community in the Obio/Akpor Local Government Area of Rivers State when a group of gunmen started shooting sporadically near a football viewing centre.

Several persons, mostly youth, sustained various degrees of gunshot injuries as the gunmen opened fire on residents of the area. It was gathered that the incident happened when the premiership match between Liverpool and Huddersfield was ongoing, and the residents ran helter-skelter looking for cover to avoid being hit by bullets.

A source said the incident was one of the cult-related attacks that had affected some parts of the state.

ALSO READ:  ASUU seeking bill to ban foreign education for children of public officials is a way to go

“The gunmen came at the end of the first half of the Liverpool versus Huddersfield match. Some persons were seriously injured because they were shot by the gunmen.

Though we learnt that three persons had died, we have not been able to verify that yet. But it was terrifying. By the time some policemen arrived, the gunmen had left, leaving the community in agony. Many with gunshot injuries were rushed to hospital after the gunmen left” he said.

JUST IN: I Don’t See How Buhari Will Survive This 5 Count Weighty Petitions From Atiku – Judge