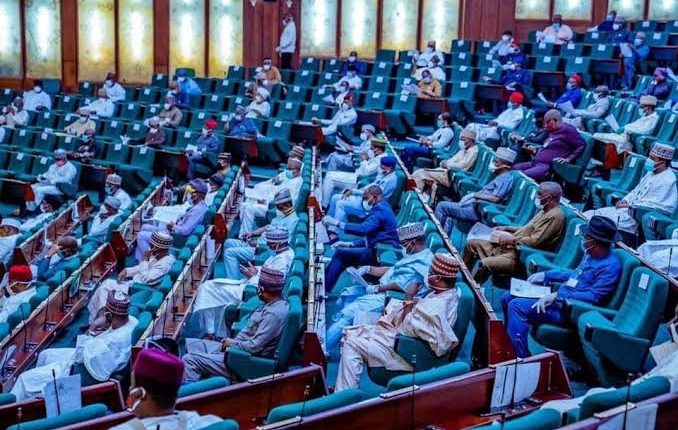 The lower legislative chamber has adopted a resolution to probe the high cost of goods and services nationwide.

In a motion sponsored by Hon. Ibrahim Adekunle Isiaka on the floor of the House on Wednesday, he expressed concern that if there was no immediate intervention over the skyrocketing cost of goods and services, the difficulty it would bring on citizens will be unbearable.

The lawmaker, who brought the motion entitled: “Urgent need to investigate the skyrocketing prices of commodities, goods and services across the nation with a view to cushioning the impact on the citizens”
expressed deep concern that Nigerians were already finding it difficult to cope.

Citing the high cost of cooking gas, baby foods and others, he urged the Speaker, Hon. Femi Gbajabiamila to look into the motion, while urging his colleagues to also consider the motion for a solution to what he described, “daily increase of good stuff and other commodities.”

He said: “The House notes the prices of food items, commodities, goods and services have skyrocketed by as much as 100 per cent in many parts of Nigeria in the last one year attributed largely to monetary policy, border closures, COVID-19 containment measures, and insecurity, causing Nigeria’s inflation rate to rise geometric progression in August 2021.”

The lawmaker attributed the high cost of commodities in the market to uncontrollable factors with inflation at a 48-month high.

ALSO READ:  Caring for Nigerians is one of Buhari's many achievements — Lai Mohammed

According to him, Nigerians were looking up to the parliament to proffer solution to the cost of goods and services in other to force down the cost of basic items like housing, shelter, medicals, clothes baby food and even cooking gas, noting that the nation’s local production still falls short of local demands.

He further argued that population growth, and climate change were also responsible for hike in price, while he insisted that lawmakers must rise to the occasion.

“Cognizance about the World Bank`s Report that, Nigeria’s economy contracted by -1.8% in 2020, lower than the -3.2% loss the organization had predicted at the beginning of the pandemic.”

Hon. Isiaka called on the House to mandate the leadership, to constitute a high-powered Special Committee of the House to launch an investigative hearing with all critical stakeholders in the country and carry out the root cause analysis on the rising cost of living.

After contribution from some lawmakers, the House Speaker sustained the motion through a voice vote and set up a Special ad-hoc committee to be chaired by the Deputy Leader of the House, Hon. Peter Akpatason.