‘We’ve Been Pushed To The Wall’ – ASUU Open Up. 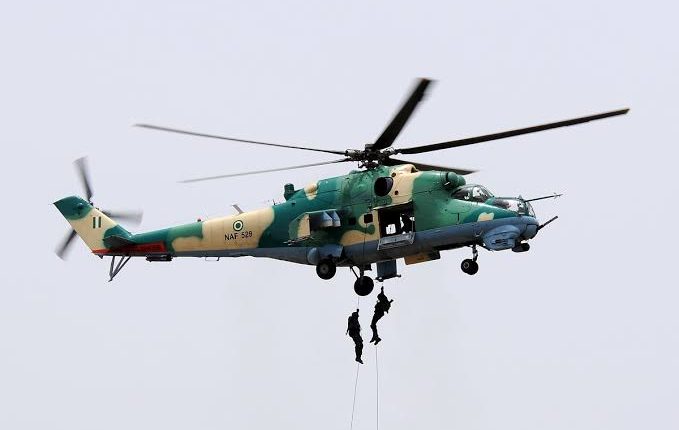 The incident occurred on Tuesday.

Gurbi village is in Jibia local government area of the state.

Surviving villagers in a viral video circulating on social media said a chopper landed at ‘Kuka Mai Zuma’ area in Gurbi village, around 5 pm; shortly after which bandits began to ransack houses and shooting people at will.

In the video, one Mujaheed Imrana, a resident of Gurbi, further said that the bandits also destroyed and burnt about 10 vehicles, including a Toyota Sienna bus and two Volkswagen saloon cars.

He said about ten persons were shot and many scampered into the nearby bushes for safety.

Imrana alleged that an army green coloured helicopter dropped the bandits who wreaked havoc on the village.

He said in Hausa, “Around 5pm, a helicopter landed around the ‘Kuka Mai Zuma’. And five minutes after, bandits invaded Gurbi and started shooting indiscriminately in the village.

ALSO READ:  Wife of Buhari’s slain supporter reveal identity of those behind his murder

“The attackers operated for about two hours unchallenged.

“They killed at least 10 persons whose remains are here in this hospital; with several persons yet to be accounted for.

“They arrived around 5 pm, aboard an army green-coloured helicopter and moved from house to house, shooting whoever they find; in an operation which lasted over two hours unchallenged.

“A green helicopter dropped the attackers and in less than five minutes after their arrival, they went on a house-to-house rampage.

“They either killed or carted away all the cattle in Gurbi village and set about ten cars ablaze.

“They also attacked other villages like Yar-Kuka, Dan-Malam, Gidan-Ibran, Makera, etc., to stop the villagers from coming to our rescue.

“Two persons from Makera who risked everything to help us were shot.

“One was shot in the stomach and his intestines were out. The other has a fracture on his shoulder and will be taken to Katsina Medical Centre.

“They may have attacked more, we don’t know the number of villages attacked now as telecoms services have been shut down.”

He said, “I am confused as to what to say. But surely God will judge between us. We are being killed day in, day out, and sacked from our homes.

“For us here in this community, we’ll continue to curse the present government. We also know that God will judge between us the regime.”

He said the helicopter landed behind Kuka Mai Zuma on the fringes of the village.

He stated, “We confronted them from the north, but the attackers diverted to Hanyar Gidan Sale.”

He noted that the injured persons were receiving treatment at a general hospital, but many people could not be accounted for.

Another resident of the area, Annas Abdullahi said he was on the village football pitch when the helicopter conveying the attackers landed.

According to him, the helicopter was the same type supplying arms to bandits.

He said, “We were playing football when the helicopter arrived. Upon seeing the helicopter, I told all the players that we should leave. Before we got home, we heard gunshots. I went in and brought my Dane gun, but the attackers were too numerous to be challenged.

“I alerted our people that this is the helicopter that brings supplies for Fulani bandits.”

He added that he fired one shot and ran for safety.

“They surrounded everywhere. Women may have been abducted. Government has failed us.”