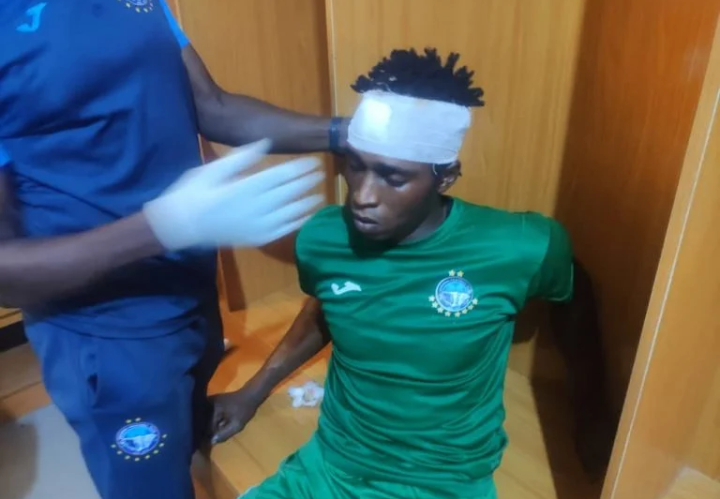 Irate fans attacked players of Nigeria Professional Football League side, Enyimba, and injured some of them after the visitors held home side Plateau United to a goalless draw in Jos, in a match-day 29 fixture on Sunday.

It’s not clear, as at the time of filing this report, how many Enyimba players were injured, pictures showed that defender Danladi Timothy and goalkeeper Sabirou Bassa-Djeri sustained wounds following the attack.

According to an eyewitness account, the fans invaded the pitch, attacked players and officials of the visiting team, as well as journalists, who tried to record the scene with their mobile devices.

Pictures and videos made available to our correspondent showed players of the eight-time NPFL champions injured, with some of them already treated.

How I raped kidnapped housewife everyday for 5 months — Fulani bandit