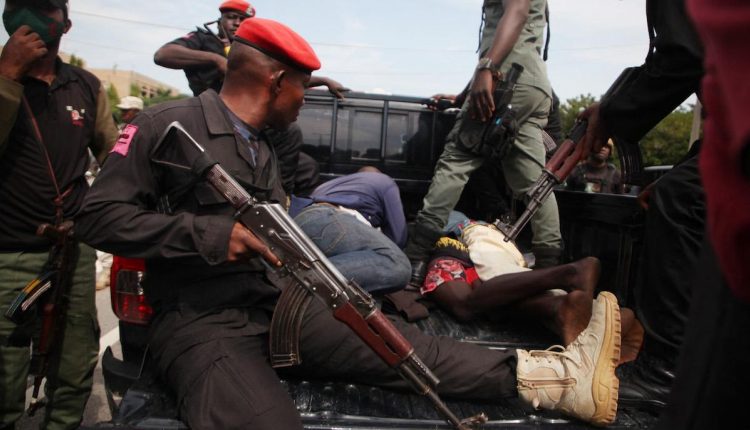 The Centre for Democracy and Development (CDD) Monday alleged that security agents cumulatively had killed 13, 241 Nigerians since 2011.

It said extrajudicial killings by state actors had become the primary cause of deaths in the country.

This was contained in ‘Democracy Watch Reports’, a compilation of reports that examine the state of democracy in Nigeria since May 1999, which formally unveiled on Monday in Abuja.

CDD Director, Idayat Hassan, while giving an overview of the report, said unlawful killings, went largely unpunished partly due to Nigeria’s Force Order 237 which allows officers to use lethal force in ways that contravene international law and because of government corruption and a prevailing culture of impunity.

ALSO READ:  DSS officers from south banned from getting close to Nnamdi Kanu in custody

“It is pertinent to state that extrajudicial killings conducted by state actors has become the primary cause of death in the country. In fact, state actors have cumulatively killed 13, 241 people since 2011,” she said.

She added that over 70 percent of the prison population was made up of detainees awaiting trial, with over 20 per cent awaiting trial for more than a year.

She said Nigeria’s democracy was still experiencing major setbacks and that Nigerians had not benefitted from the dividend of democracy despite 22 years of unbroken democratic governance.

Delivering the keynote, the Director of Africa and West Asia of the International Institute for Democracy and Electoral Assistance (IDEA), Prof. Adebayo Olukoshi, expressed concerns that despite efforts of election management body, Nigeria had continued to witness an assault on its electoral integrity, including significant social and development deficits.

Olukoshi, who spoke on ‘The State of Democracy in Nigeria over the Past Two Decades’, emphasized the need for the country to redefine its process of democratisation.