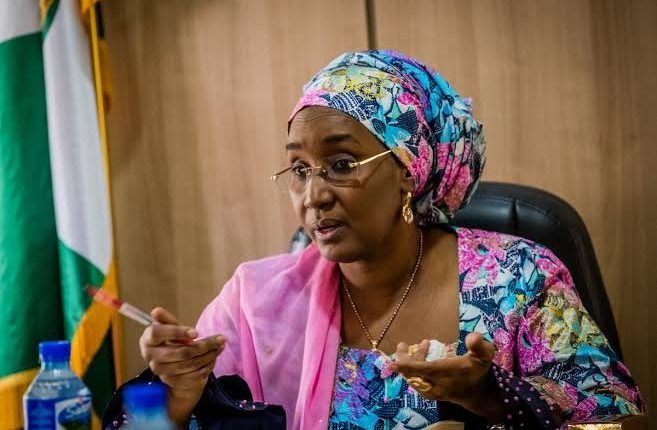 Represented by the Enugu State Team Lead of the State Monitoring and Enumeration of the programme, Ms Adanne Wadibia-Anyanwu, she added that government engaged 1,532 cooks who supply the daily meals to public primary schools within Enugu State.

The revelation was contained in a statement by her Special Adviser on Media, Nneka Ikem Anibeze.

“The Federal Government spends about N7,998,270 daily in feeding of a total of 114,261 pupils in public primary schools within the State.

“The programme has impacted junior primary pupils in 799 public schools within the 17 council areas.

”We are here to get more details on the ongoing programme. We are doing enumeration and biometric data capturing of the pupils enrolled under the programme, getting feedbacks from cooks and head-teachers within the programme.

”We want to keep up-to-date record of the programme and make it more responsive as well as meet the beneficiaries to get real-time feedback from them as well.

“Despite an increased record of enrollment figures in public schools plans are in top gear to enrol an additional 5 million pupils into its National Home Grown School Feeding Programme by 2023.”

She said government deployed a task force to Ebonyi and Enugu states to unravel and tackle some of the fallouts from the school feeding programme.

“This is geared towards strengthening and institutionalizing the National Home Grown School Feeding Programme introduced under the President Muhammadu Buhari led administration,” she said.

According to her “the verification and enrolment drive across the country is targeted at not just the schools or benefiting pupils but also at vendors and cooks to ensure an efficient operation and provision of balanced meals for children.

“As schools prepare for the new academic session, we have embarked on an enumeration exercise with a view to verifying the existing data of the benefitting pupils on the program as provided by each benefiting state, update our database with accurate data and ultimately scale up the program to reach more beneficiaries across the Nation.

“We have therefore devised this as a multi sectoral intervention with partners such as the the State National Social Investment Programmes (NSIP) officers, National Orientation Agency, National Bureau of Statistics (NBS), National Population Commission of Nigeria, National Youth Service Corps (NYSC) and Universal Basic Education across the states.”

Those insisting on suspended sit-at-home are hoodlums, not our members — IPOB