Igbo presidency will stop the agitation for Biafra, says… 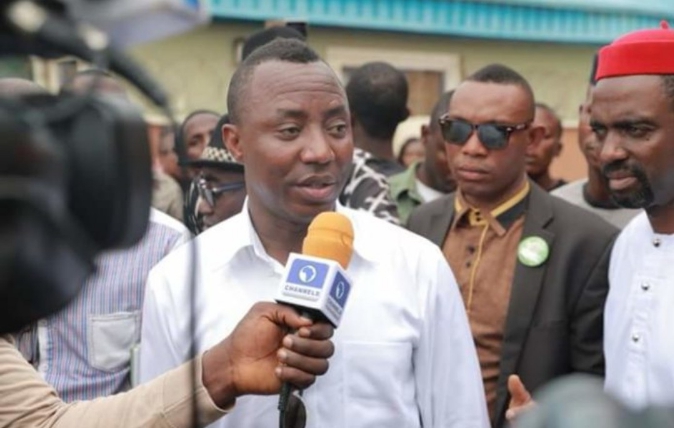 SAHARANEWS – The convener of #RevolutionNow protest, Mr Omoyele Sowore, has asked his supporters to remain resolute and not give up on what he termed “a brand new Nigeria”.

He made the call on Friday during his appearance at the Federal High Court in Abuja, the nation’s capital.

In this short video recorded earlier before the trial judge granted him and his co-defendant, Mr Olawale Bakare bail, a crowd of supporters surrounded Sowore in the courtroom, accusing security operatives of intimidating him.

A hot argument ensued as Sowore, who was visibly angry said, “Nobody can harass me. Under the military, we survived it; we will survive this one too.”

“It doesn’t matter how long it takes, we must persevere and ensure that we liberate ourselves. We must not give up.

“I am in high spirit, I am not afraid, I don’t care what they do. We need a brand new country, that’s what I’m about,” he added.

Sowore and Bakare were arraigned on Monday by the Federal Government on seven charges before Justice Ijeoma Ojukwu.

The charges filed against Sowore and Bakare by the government are alleged conspiracy to commit treason and money laundering among others.

Both men have been granted bail in the sum of N150 million.

The court, however, gave them some conditions, including depositing their travel documents and their movement restricted to Abuja.