Gas Revolution: Our Objective Is To Transform Nigeria Into…

“I Have No Objection To Nigeria Break Up, The Forced Amalgamation Is No Longer Working” – Adebanjo 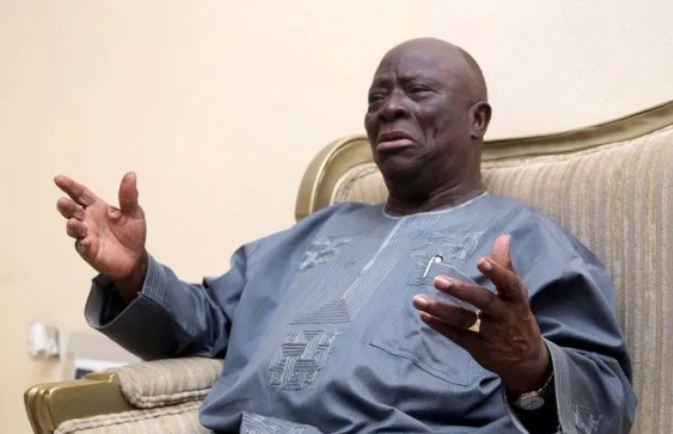 SAHARANEWS – Chief Ayo Adebanjo, lawyer, elder statesman, activist, a nonagenarian chieftain of Afenifere, the Yoruba socio- cultural group, has described the amalgamation and constitution of Nigerian as a failed one, adding that it is not working.

The elder statesman said that amalgamation brought Nigerians together, not on any condition, and if amalgamation is not working, because there was no agreement, “let everybody go its way,”.

“I have no objection to breaking up. But I am one of the advocates who fought for this country as a united country. People are the of breaking up because the term of coming together has been abrogated by the northern Muslims who are dominating us. This is why the young elements, extremists in the South-East, South–South, South–West and the Middle Belt are yearning for break-up just because of their refusal to yield to our demand of peaceful co-existence on condition, they are not yielding as Buhari is doing.

“We appreciate living under amalgamation. Amalgamation brought us together, not on any condition, and if amalgamation is not working, because there was no agreement, let everybody go its way. But we appreciate the economy of staying together, it used to be a good country, but not a big and good country where a section will be dominating the other. It is that domination by a section of the country that is making the younger elements to say no, let everybody go its own way.

“So, they are right. It is the stubbornness of people like Buhari in doing what is acceptable, because we want to live together, nobody wants to disunite the country.

“The constitution we are asking for was agreed to by our founding fathers that got us independence. And they put a poser. Is Buhari claiming to be more intelligent, more Northerner than Sardauna who agreed to this? If he is honest and sincere about keeping this country together in peace, why is he opposed to getting us an agreed constitution, not the one imposed.

“Until we change the constitution of this country to real federal system that is acceptable to all the units of the federation, we are not going anywhere; any other thing is a waste of time and efforts, and cannot take us anywhere.

ALSO READ:  Drama As Governor Masari Shuns Question On Why Buhari Has Not Visited Kankara