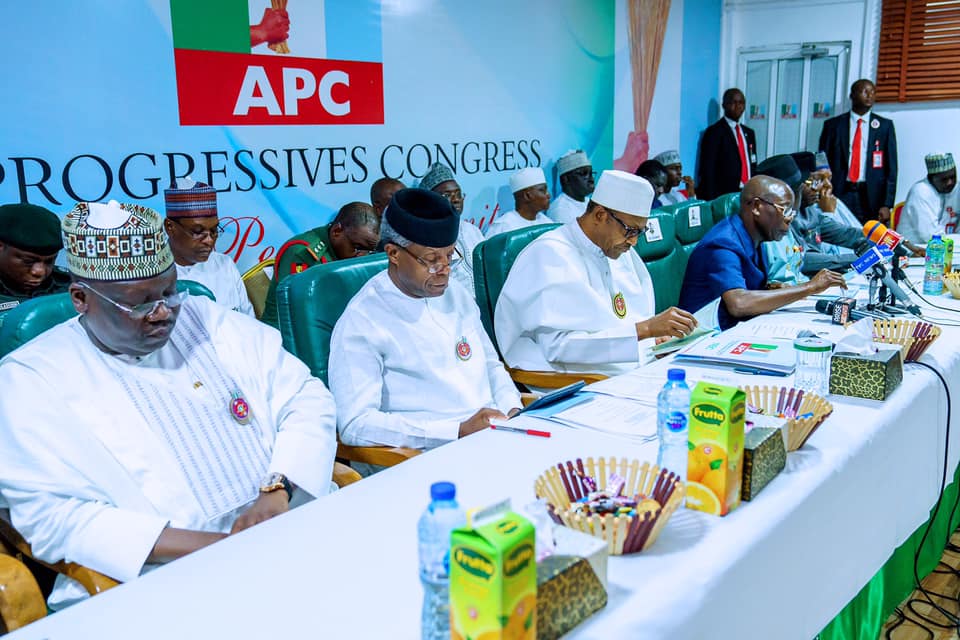 The ruling All Progressives Party has said that the politicians from the South-East region of the country should be united to secure a presidential ticket in 2023.

The Deputy National Publicity Secretary of the APC, Yekini Nabena, told SaharaReporters in an interview on Wednesday.

Nabena also said the South-East region would not be able to achieve its political ambition of producing the next president in 2023 if it failed to create an atmosphere of trust with other regions.

He said this in response to the demand by some Igbo politicians that the two main political parties – the ruling APC and the Peoples Democratic Party – should cede their presidential tickets for the 2023 election to the South-East.

The demand was made in a communique signed by a former governor of Abia State, Senator Orji Uzor Kalu, and Senator Ike Ekweremadu, issued after the conclusion of a dual-party meeting of South-East leaders held on Tuesday at Camp Neya, Igbere, Abia State.

However, Nabena told SaharaReporters on Wednesday that the politicians from the region should not impose their presidential ambition on other regions, until they build unity and trust.

“My take is just simple. You see, in politics, you must have a way to align with people. And you see, my South-East brothers, I have told them; it is time for them to be together. Look at their own Ohanaeze Ndi Igbo election; they are taking one another to court, and now, you are looking for the presidency.

“No! You must first trust yourself before you ask people to trust you. And you must build an alliance. You must seek people you will align with. You cannot force people to do things. You must do something for yourself. Let them come together and be in unity. Let them agree for once.

“You cannot force political parties to endorse your region. You need to create that avenue for yourself first for them to trust you. It is after that, that other regions can trust you with power. They need to at least for once come together and agree and be in unity.”

When asked about the presidential ambition of the National Leader of the APC, Asiwaju Bola Tinubu, Nabena said the agreement would have to take its course among the three regions in the South.

“If it is the turn of the South, the people in the region will still put their heads together because we have South-East, South-West and South-South. That means the three zones will have to look for an alliance; this is when the South-East aligns. In a nutshell, in politics, you must have an alliance to achieve your political objective.”

He said unity is not what one professes with the mouth but what one displays, while reacting how a number of Igbo leaders came together to call on the two biggest parties to cede the presidency to their region.