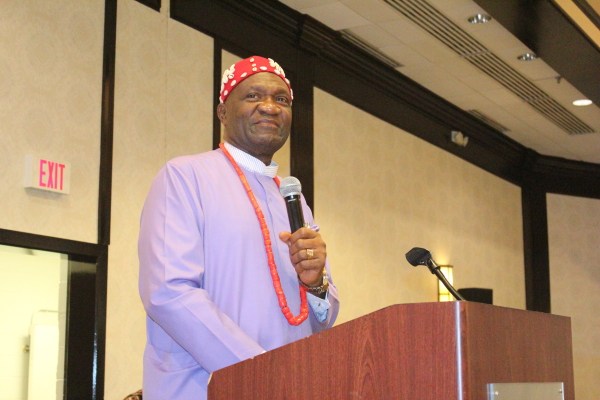 THE National President of Ohaneze Ndigbo, Dr John Nwodo has lamented that the Igbos were the most marginalised ethic group in the country. Nwodo said this in Akure during this year’s Igbo cultural day held in Akure, the Ondo state capital.

Ohanaeze Ndigbo asks Igbo leaders to support Obi as Atiku’s running mate He appealed to Nigerians to promote peace and tolerance with one another irrespective of differences in ethnicity, religion or regions. Nwodo pleaded with the Igbo across the country to continue to behave well wherever they find themselves adding that “you should regard where ever you are as your home”. He assured that the lgbo would continue to live peacefully with their neighbours across the country.

The National President commended the Yoruba for being urbane and broad minded to accept the lgbo across the south west region as their brothers and sisters. He lauded Governor Akeredolu of Ondo state for creating an enabling environment for Igbo to live and do their businesses, saying that the support given to Igbo in the State was unprecedented. Nwodo stressed the need for business collaboration between the state and Igbo, adding that the Igbo people were ready to partner with Akeredolu to drive the economy of the state forward.

Management Governor Akeredolu who congratulated the people on the occasion described them as people with rich vein of skills and experience who always contribute to the socio-economic growth of the society and environment.

2019: Do not go into debates with Atiku – UK advices Buhari.