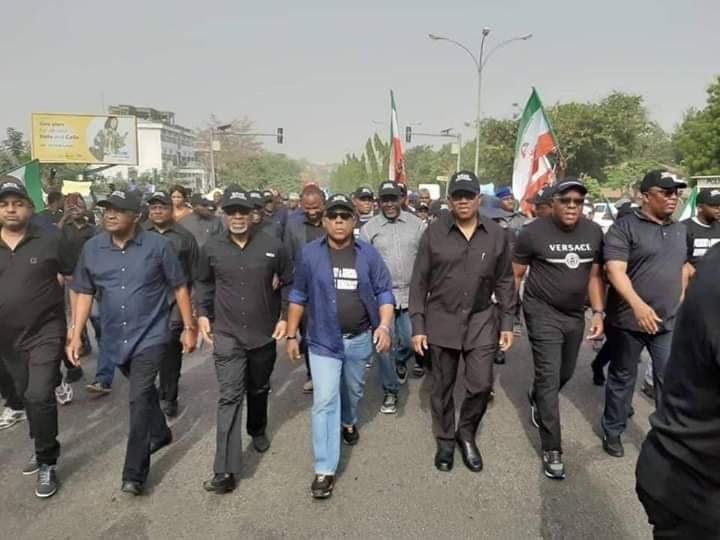 SAHARANEWS – Members of Peoples Democratic Party are currently staging a peaceful protest at the Supreme Court in Abuja to express their anger over the judgment that sacked Emeka Ihedioha as governor of Imo State.

The protesters were led by the National Chairman of the party, Uche Secondus, former Anambra State governor, Peter Obi, Senator Eyinnaya Abaribe and other party stalwarts.

The demonstration kicked off from the secretariat of the part located around the Maitama area of Nigeria’s capital.

The protesters were seen chanting songs of solidarity as they marched across the city.

The Supreme Court had on Tuesday declared Hope Uzodinma of the All Progressives Congress winner of the Imo governorship election after votes cancelled in several polling units were added to his overall tally.

In the result released earlier by the Independent National Electoral Commission, Uzodinma had finished fourth.

BREAKING: Nnamdi Kanu Vows To Stop Uzodinma, Says Imo People Must Be Allowed To Choose Who Governs Them