BREAKING: THE MAN IN ASO-ROCK NIGERIA IS A $536MILLON HIRED… 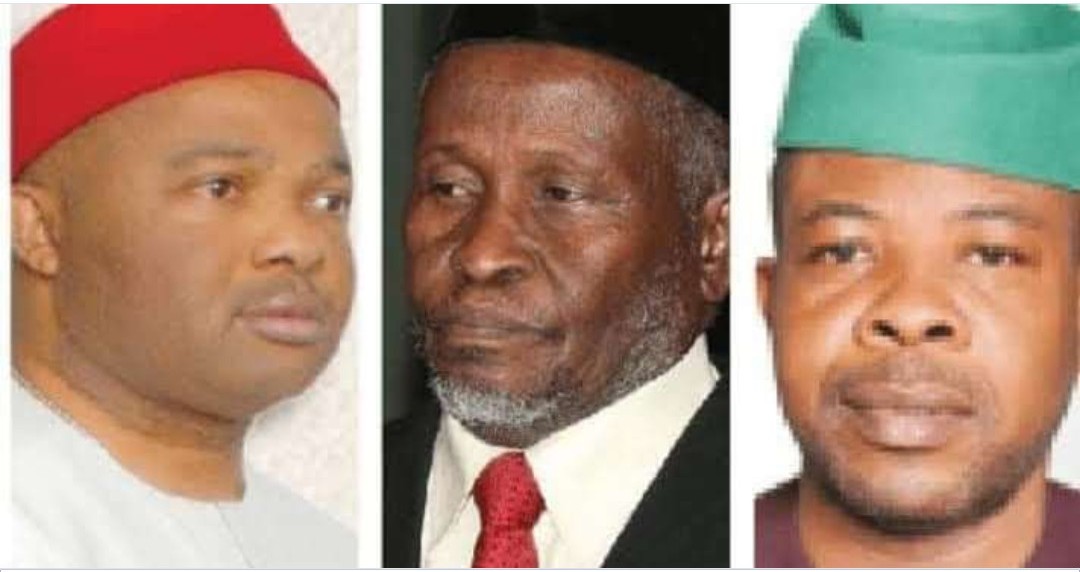 SAHARANEWS – Barrister Paul Edeh, an activist, on Wednesday, accused the Supreme Court of “sacrificing the mandate” of the people of Imo State.

Edeh said the Supreme Court sacrificed the Imo mandate after it refused to revisit its earlier judgment which sacked Emeka Ihedioha as governor of Imo State while declaring Hope Uzodinma the substantive governor of the state.

Following his sack, Ihedioha filed an application before the Supreme Court seeking a review of the judgment.

But, the Supreme Court led by the Chief Justice of the Federation dismissed Ihedioha’s application for lack of merit.

However, one of the Justices, Chima Nweze disagreed with the ruling, insisting that Ihedioha’s application had merit.

Reacting to the ruling, Edeh said the different rulings by the Supreme Court indicated that the mandate of the people of Imo State has been stolen.

Speaking with newsmen the activist said: “As it stands the mandate of the people of Imo State has been stolen because in line with that same dissenting judgment he went ahead to state the substance of the case wherein he held that the Supreme Court was misled by Hope Uzodinma to take a decision which ought not to have represented the actual result of what transpired.”

Edeh, however, warned against allowing politics within the judicial sphere.

He added: “I think that it’s necessary to state that we need to be very careful the way and manner we allow our justice system to merge into politics because the position the Supreme Court has taken now is that the decision in Ihedioha vs Uzodinma is what the law is as at date.

“But how then can you marry the fact that a policeman came to give evidence of results that were collated and not INEC and this has become the true position? It’s wrong for people to write results and present and say this is what it is and when you present it to court you will succeed by virtue of the decision that the Supreme Court has reached.

“My opinion is that the mandate of the people of Imo State has been sacrificed on the altar of the Supreme Court holding that they can’t review or revisit irrespective of whether the day the decision was reached, the justices were coerced or they carried out the decision out of flesh or whatever name called. I think Justice Nweze’s position should be the position of the law so that our justice system can be rejigged to reflect the true position of the law and to ensure that the mandate of the people is never stolen.”

BREAKING: 1 Civilian And 2 Policemen Shot Dead, Their Rifles Carted Away By Unidentified Gunmen In Delta