In Nigeria, Only Igbos Do Not Have The Right To Protest Or React To Political Issues – Oby Ezekwesili 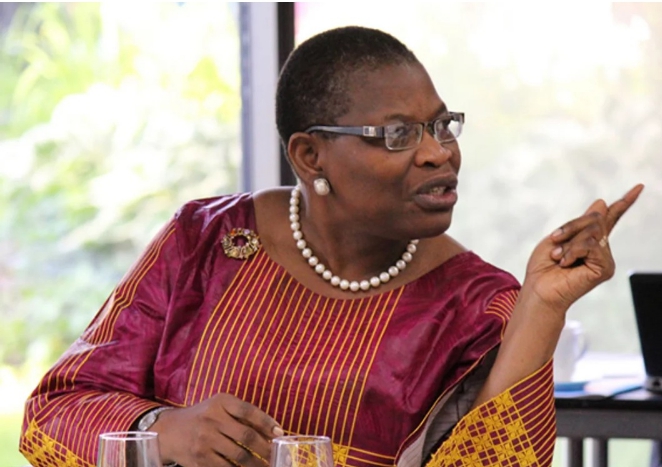 SAHARANEWS – Former minister of Education, Madam Oby Ezekwesili has said that the Igbos are the only people who don’t have right to protest in Nigeria.
The former minister said this while reacting to the confrontation of Sen. Ike Ekweremadu in Germany by members of the Indigenous people of Biafra (IPOB).

In a statement the minister said , in Nigeria and world over, many political leaders have been confronted by the masses and even stoned in some cases .
This she said sighting examples of former president , Goodluck Johnathan and many others.

She however wondered why when Igbos carry out peaceful protest whether home or abroad, people will call for their heads.

Major General Idris Alkali was mobbed and killed by Pro-Buhari Fulani protesters in Jos while on his way to his home state, Bauchi in 2018.
In 2015, Muslims and Fulani mob on different occasions pelted stones at President Jonathan in Katsina and Bauchi states respectively.

In 2019, Yoruba protesters in Ogun State threw stones and garbage at President Buhari during his Presidential Campaign.
What I understand is that only Igbo people do not have rights to protest or react to Political issues.

Yesterday in Lagos State, Yoruba attacked Hausa/Fulani Tomatoe and Pepper traders killing 3 people and injuring dozens of Northerners, if same incident happened in Anambra State most Igbo women on Facebook from Ebonyi state and those caste communities in Imo State will start writing hate posts against all Igbo and they will weave in Biafra, Civil war stories and IPOB into their posts.

Some of you people are just suffering from identity crisis arising from inferiority complex.