No plan by us to attack journalists, it is false — IPOB 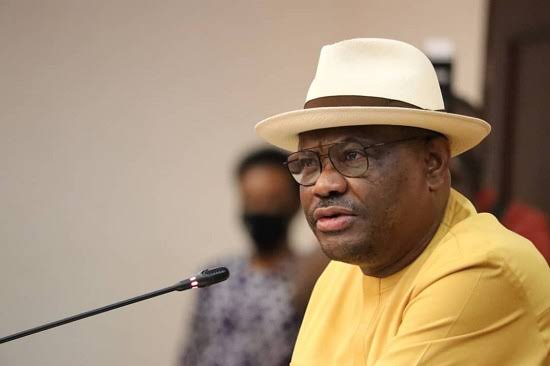 Governor Nyelsom Wike of Rivers State has expressed anger over the current state of the nation, saying there is nothing like Nigeria that needs to be celebrated.

In a video obtained by DAILY POST, Wike was sighted speaking during a sermon in a church as part of activities to mark the 2021 Independence Day.

Govenor Wike, who refered to the country as an old man at 61, said Nigeria is characterized with hatred, division and enemity, stressing that some persons in authority are hating a whole state because of an individual.

The Governor lambasted the National Assembly for allegedly misrepresenting Nigerians, particularly on the constant approval for loan whenever it is requested by the executive.

Wike expressed sadness over the lawmaker’s failure to ask questions on how the monenies were being used.

He also alleged that there is no court in the country, stating that they have been intimidated by those in power.

He stressed that the Nigerian judges have abandoned their responsibilities for the fear of unknown.

He said, “You have a child that is 61 years old. In the next few days, Nigeria will be 61 years old. So many people celebrate when they get to 60 years thanking God.

“Now Nigeria is 61 years but the only reason why we can thank God is because there still appears a name called ‘Nigeria’. That is the only reason we are thanking God. But indeed, is there anything called Nigeria?

“An old man at 61 years, full of enemity, division and hatred. At 61 years, you hate a state because of an individual, discriminating against some people because of their religion, because of where they come from. And we are here clapping hands for Nigeria.

ALSO READ:  Why I Decide To Build Islamic University In Buhari's Hometown---Okorocha Explains His Decision

“61 year old, giant of Africa. The money they are borrowing, where are they applying it? We have no congress to ask questions.

“Indeed what are we celebrating at 61 years old? Where are the courts? The judges are been intimidated, they have abandoned their responsibilities out of fear of what would happen”.