EKWEREMADU: NASS To Seek Protection For Politicians While… 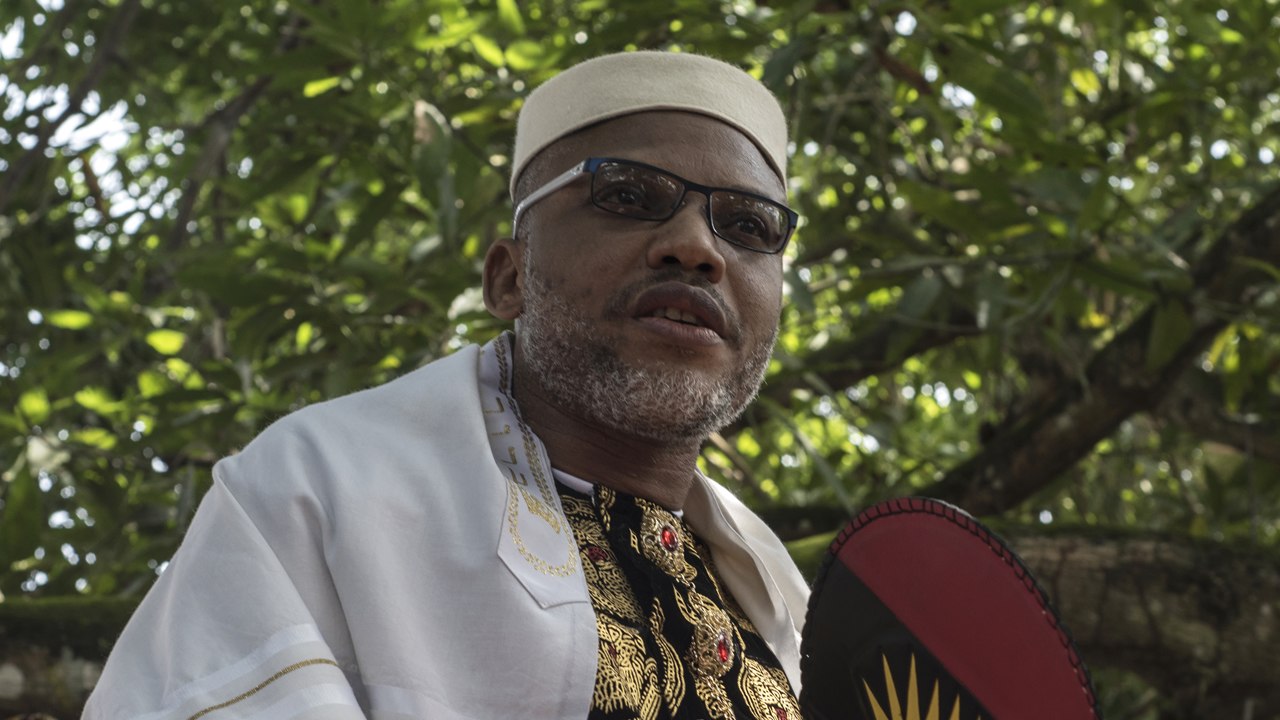 The leader of the Indigenous People of Biafra, IPOB, Mazi Nnamdi Kanu has said that the South-East governors approach to the issue of insecurity, criminal and killer herdsmen is indicative of the mindset of a divided and conquered people.

In a statement, he signed and made available to reporters, through IPOB’s Media and Publicity Secretary, Emma Powerful, Kanu, alleged that the pathetic, cowardly and fragmented approach to the significant threat to southeast existence is the result of years of cruel and deliberate partitioning of the people’s land, cutting Igboland into five states, dividing it and calling it alien names.

He said that South-East governors had allowed themselves to become willing tools of the caliphate for destruction, adding that some Igbo people have been cajoled and intimidated to the point where they deny their own identity.

Mazi Kanu’s statement read: “Having waited for many years for our governors to secure our land as Yoruba governors did to no avail, we the people of the East comprising of South-East and South-South have resolved to defend our land from the ravages of terrorism and extrajudicial killings by the criminal and killer herdsmen backed by Nigerian armed forces.

“We can’t allow what happened in Obigbo to repeat itself. It has fallen on this generation to defend our land against the ravages of their terrorism and the hegemonic tendencies of a particular ethnic group in Nigeria.

“For years, our mothers have not been able to visit their farms for fear of being raped and cut to pieces. Our invaders, some of them from Sene-Gambia, according to El-Rufai, are in our villages raping and killing at will. Our response to the endless cycle of insecurity is allowing our mothers and sisters to be raped.

“Delta State Government has inaugurated Operation Delta Hawk, a new security outfit in the classic fragmented approach of the East to issues of national importance. “The West was united in its effort to combat a particular ethnic group’s terrorism in their territory. Even Miyetti Allah, an open supporter of killer herdsmen, had the guts to float a vigilante outfit that they wanted to spread to every nook and cranny of Nigeria with the support of the Presidency and Northern governors.

“Sadly, in our land, the governors in the East cowardly allowed themselves to become fragmented out of fear of displeasing their caliphate masters.

“The approach of Eastern governors to the issue of insecurity and an ethnic group’s terrorism is indicative of the mindset of a divided and conquered people.

“The pathetic, cowardly and fragmented approach to this great threat to our existence is the result of years of cruel and deliberate partitioning of our land, cutting Igboland into five inconsequential states, dividing us and calling us alien names like Niger Delta, South-South, South East and goodness knows what else.

“We have allowed ourselves to become willing tools of the caliphate in our destruction. Some Igbo people have been cajoled and intimidated to the point where they deny their own identity. For example, Nwike, who now answers Wike decided to massacre his people at Obigbo for the reward of being named a vice presidential candidate in 2023.”

Kanu also told those weeping for the bloodletting in Northern Nigeria that he speaks as a human being who is possessed of a compatriot spirit of suffering humans everywhere, and not discriminating against anyone.

“First, I speak as a human being who is possessed of a compatriot spirit with suffering humans everywhere.

“Second I speak as a witness to the sufferings of Biafrans at the hands of their Nigerian compatriots, all to the point that instead of waning, our resolve for a separate state has been strengthened and cast in stone.

“Today, I present to the world our first and the last line of defence against a particular ethnic group inspired anarchy and mayhem across the entire Middle Belt and South.

“The Eastern Security Network is here to bring to an end, years of Miyetti Allah terrorism in our land. This security outfit, modelled along the lines of Amotekun in the West and Miyetti Allah vigilante group in the North, will provide the entire East, South-South and South-East with the necessary assurance that crimes such as kidnapping, armed robbery, illegal occupation of our forests and river banks by marauding killers from the Sahel are brought to an end with immediate effect.

“Every ethnic group across Biafraland is well represented in this formation. Therefore, I am confident that every city, town and village will be protected from the ravages of killer herdsmen and other terrorist activities in whatever guise it manifests itself.”