I have never seen Nigeria in such a bad shape, APC is very…

“Is Buhari Working With B’Haram?”—Omokri, Others Fault… 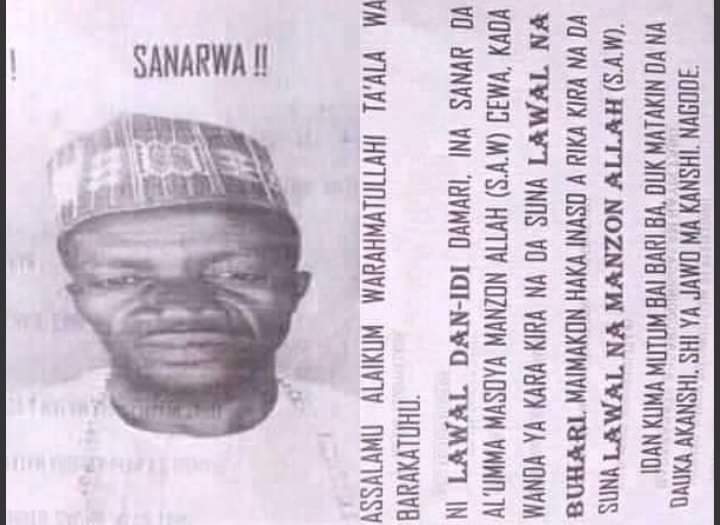 A middle-aged resident of Damari in the Sabuwa Local Government Area of Katsina State, Lawal Na Buhari, has lamented the growing insecurity and banditry in the state, saying he had now changed his name to Lawal Na Manzon Allah.

Lawal, who shocked his community by printing posters and pasting them in the locality to announce his change of surname from Buhari to Manzon Allah, said this was in protest of the continuous killings.

The resident lamented that the Federal Government, led by President Muhammadu Buhari, has not sufficiently addressed the growing insecurity.According to Katsina Post, the resident, Lawal Idi, was fondly called Lawal Na Buhari because of his love for President Buhari, but he announced that he should now be called Lawal Na Manzon Allah.

“He printed posters carrying his picture and the announcement, which were pasted at multiple locations in the community. The posters were also widely distributed as pamphlets to the community members.

“On the poster, Lawal wrote that anybody who continues to call him “Na Buhari” would have himself to blame,” the community paper reported.

Damari is one of the towns in Sabuwa LGA that have recently come under bandits’ attacks and killings.