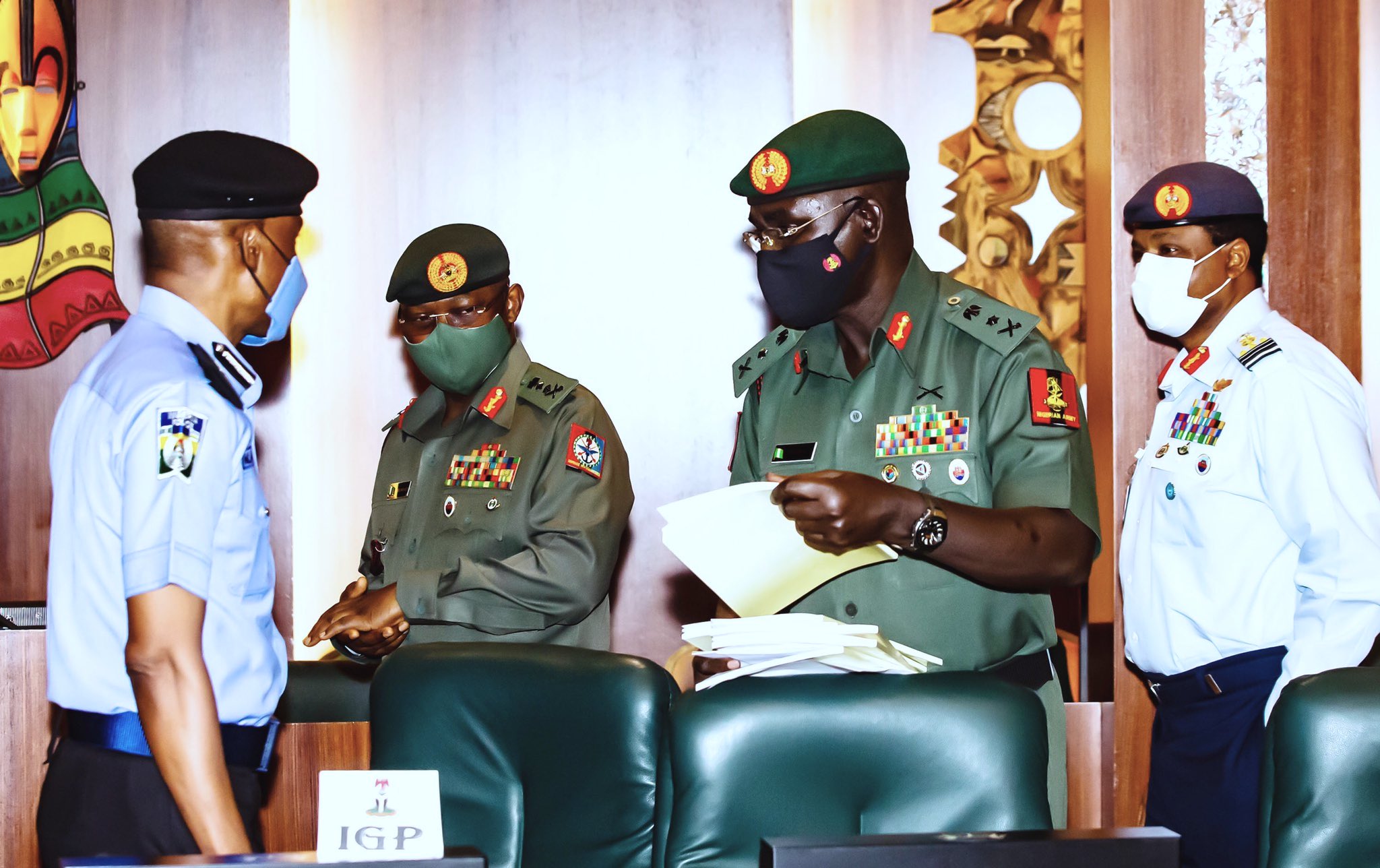 The Senate, on Tuesday, summoned the Minister of Defence, the service chiefs,  heads of the Nigerian Police Force and the Department of State Service over the unending insecurity situation in the country.

The red chamber also urged President Muhammadu Buhari to implement the report of the Senate Committee on Security without further delay.

ALSO READ:  JUST IN: Nigeria Government Abandoned Leah Sharibu Because She Is A Christian - Rev Baba

Members of the upper chamber in their various contributions to the motion, specifically, passed a vote of no confidence in the various heads of security agencies in the country over their inability to prevent the abduction of the innocent children, Punch reports.

They also expressed deep frustration that Buhari had consistently ignored all resolutions passed by the Senate on the issue of insecurity in the country.

They insisted that the nation’s chief security officer should sack the service chiefs without further delay.