Aso-Rock Kicks As All Efforts To Stop Nnamdi Kanu From…

Insecurity Was Worse Before We Came To Power, Politicians Not Helping Matters — Buhari Laments 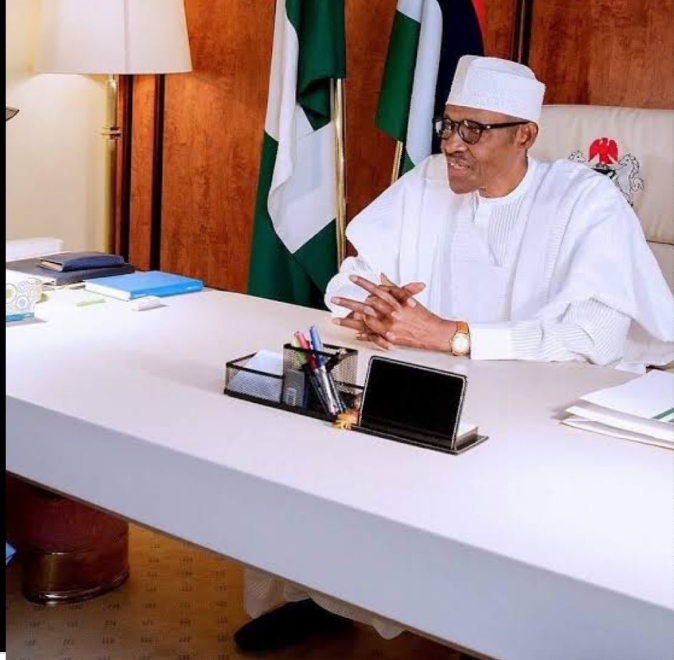 SAHARANEWS – President Muhammadu Buhari on Tuesday alleged that the security situation in the country is unduly politicised, saying that the records show a decline in terms of security from 2015.

The President, who stated this when he received promoters of the proposed African Security Leadership Summit at State House, Abuja, said no matter how much the revisionists try to distort history, his administration would be vindicated by records.

He said: “The records show where we were in terms of security in 2015, where we are now, and we also know where we want to be.”

Mr Buhari said the relative successes of the administration since 2015 are clear, “and what remains in areas of security are also clear, despite the politicization.”

He lauded the plan to convene a high-powered security summit that would bring together some of the leaders on the African continent, defence attaches, embassies and High Commissions, leadership of the defence community in the country, and many others.

Earlier, the leader of the delegation, Mr Mamman, a retired major-general, now a traditional ruler, said: “We share in the conviction of the administration to address the problems of the country.

“At assumption of office in 2015, parts of the country had been acquired by Boko Haram insurgents.

“Your seriousness and committed efforts have made us to now be able to worship in peace. Boko Haram has been truly degraded, and other forms of criminalities are being addressed.”

The royal father added that the summit, to hold possibly sometime in October, is being convoked “to involve the entire security architecture in Nigeria.”

He stated that it would be under the theme, ‘Sustaining the Security Renaissance of Nigeria.’

The event will also feature honours and awards for those who have excelled in the area of security, “because we need to reward the commitment of our heroes.”

An endowment fund will also be launched to cater for families of those who pay the supreme price and to care for those permanently maimed.

SaharaNews reports that the event would be organised under the auspices of Global Initiative for Leadership Success, GILS.