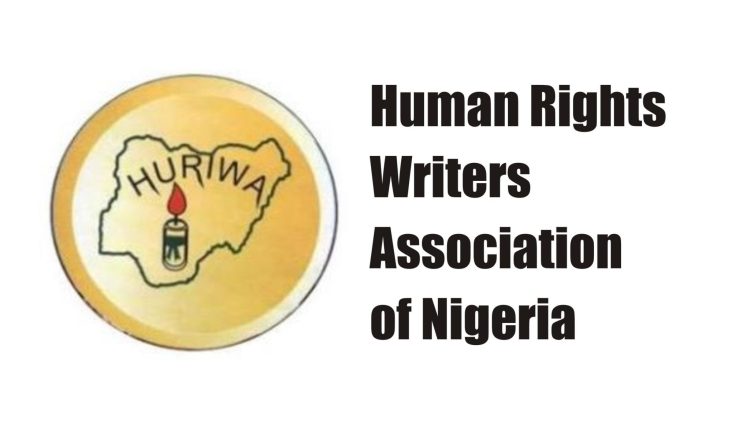 It has been alleged by a coalition of Nigerian civil society organizations led by the Human Rights Writers Association of Nigeria, or HURIWA, that arms suppliers are now assisting in the sale of additional weapons to Nigerian terrorists.
The Coalition also said that foreigners were spreading false or exaggerated accusations about Nigerian security agencies, especially the Army, in an effort to weaken the system’s ability to fight the rampaging terrorists.
In a press conference held on Friday in Abuja, the Coalition noted, “As you all are aware, Boko Haram and ISIS-West Africa attacks against government and security forces and civilians in Northeast, Nigeria have resulted in deaths, injuries, abductions, and the capture and destruction of property.” “Worrisome is that the Boko Haram attacks did not discriminate between civilians and government officials, whereas ISIS-WA generally but not always, focused attacks on government and security forces,” the
The Nigerian military’s “super camp” strategy was implemented in 2019 to reduce losses caused by terrorist overruns of forward-operating bases.The decision to consolidate the position into super camps is working as a defensive military strategy.
“Unfortunately, elements of the foreign media that are stoking the flames of animosity toward the Nigerian Army are spreading exaggerated or false accusations in an effort to supposedly weaken the Nigerian Army and aid arms supplies in selling more weapons to terrorists.
“We have exclusive information that… a foreign media platform is working on a sinister story about the Nigerian war on terrorism.
“They want to raise allegations of secret abortion clinics in North East whereby over 200 kids born through the rape of captured women by Boko haram commanders were aborted without the permission of the Women who were raped.” The Coalition also stated that the military is being accused of decimating the children of Boko haram fighters and that they will submit a petition to the International Criminal Court.
It continued, “They gave no concrete evidence of where those mass graves are located. They accuse the Nigerian Army of running these abortion clinics and mass burials of kids killed deliberately by the Army.”
The foreign media’s scheme to spread the story, which will harm Nigeria’s national security, has the Coalition of Civil Society Organizations very worried.
The Coalition recalled that the aforementioned medium had recently made the hasty claim that Russia was to blame for the missile incident that resulted in the deaths of two people in Polish territory. However, it turned out that the missiles in question were missiles fired by Ukraine to thwart Russian bombs.
“A lot of foreign media have shifted to the point where they want to publish stories that sell, considering how much money they will make from the story and less concerned about who is impacted or not.The Coalition lamented, “The Nigerian Army deserves the gratitude and commendation of the nation and the international society, not this sinister plot by Reuters to distract and weaken efforts in the fight against terrorism.” This is why “you find many of them sensationalize issues instead of reporting for the good.”
Again, the perpetrators of this defamation and slander campaign must not be allowed to carry out their evil plans.Assuming we pause for a minute and overlay our arms while this evil is permitted to putrefy, then, at that point, we will mess ourselves up obliterating the accomplishments the Nigerian Armed force has made such a long ways against illegal intimidation.
“By this statement, we are urging the Nigerian government to warn foreign media against inciting animosity toward the Nigerian Army.With unsubstantiated propaganda, Reuters is leading the way in destroying the Nigerian Army’s credibility, which is enough to threaten our national security.
“During Lieutenant General Tukur Yusuf Buratai’s five-year tenure, successful Chiefs of Army Staff made significant contributions to mainstreaming human rights promotion and protection in the Army’s day-to-day operations.
“Unambiguously, the allegations of human rights violations against the Nigerian Army, particularly during the conduct of a counterinsurgency operation, were of great concern to TY Buratai, who ensured that a variety of measures were taken to ensure that rights violations committed by Nigerian Army personnel are completely curtailed.”
“Therefore, we urge the current t CHIEF OF ARMY STAFF to note that it is important that some of these significant approaches introduced as aforementioned towards improving the consistent dialogues between the Army and the civil society and the then Chief of Army Staff Lieutenant General Tukur Yusuf Buratai are adopted by the current hierarchies of the armed forces of Nigeria if the military ever hope to win the hearts and minds of the people of Nigeria,” according to the statement. “If the military ever

ALSO READ:  BUHARI'S DOUBLE : l will get to the root of this - President Omar Al-bas assures UN