BREAKING: Biafra will Take Over As The Gaint Of Africa, I…

BREAKING: Finally Atiku Open The Can Of Worms, Confirms… 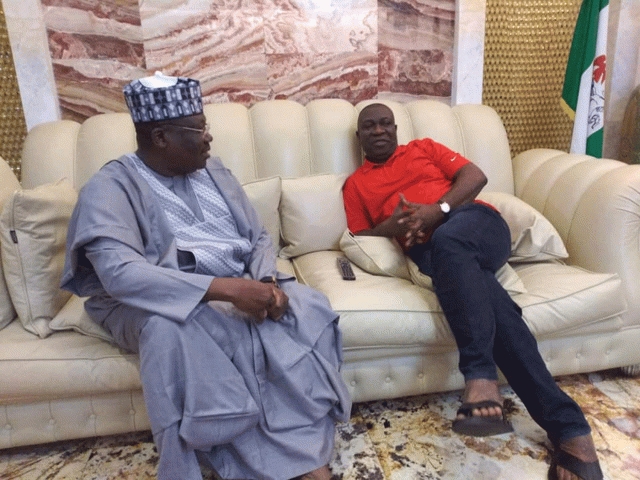 On his entourage was former Minister of Labour, Chris Ngige, among others.

The visit was in solidarity following the attack on the Enugu-born politicians by members of the Indigenous Peoples of Biafra (IPOB) in Nuremberg, Germany at the weekend.

After his arrival in Abuja, Ekweremadu advised Nigerians, including Igbo leaders, to feel free to travel to any part of the world.

“I think they were just people, who were misdirected and misguided. I had the feeling they were under the influence of alcohol. They don’t represent the feelings of our people. There is nothing to worry about.

“The organisers, the Igbo in Germany, have written a letter apologising for what happened. Everybody is free to go anywhere because those ones don’t represent the behaviour of Nigerians abroad.

“For me, I have moved on. The government and authorities of Germany are free to do whatever they wish about it”, he said.

On IPOB threats to attack more Igbo leaders, especially the governors of the South East, Ekweremadu said: “Let me just say that the leaders he (Kanu) was mentioning were responsible for getting him out of jail in the first place.

“What we will do in this circumstance is to leave him to his conscience, the verdict of history, and possibly the repercussions of ingratitude. But I hope he won’t go to the extent of attacking any of the South East leaders anywhere”.

Omokri Knocks Buhari For Shutting Down Venue Were Soyinka, Falana Were To Speak On Insecurity