BREAKING: Kanu’s Resounding Reception In Canada a Proof of…

Woman set ablaze by her biological son in Niger State 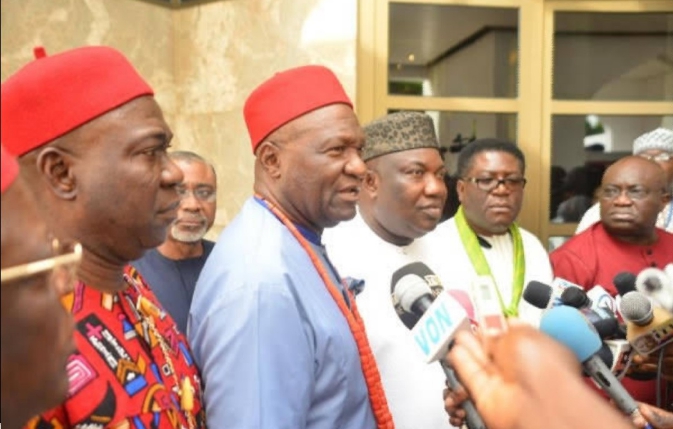 SAHARANEWS – The Ohanaeze Ndigbo Youth Council Worldwide has urged Igbos living in Japan and Asia countries to disregard any order emanating from the Indigenous People of Biafra, IPOB, to attack, disgrace or arrest President Muhammadu Buhari.

Buhari will travel to Japan on Sunday to participates in the Seventh Tokyo International Conference on African development, holding in the City of Yokohama from August 28-30th 2019 in Japan.

Ohanaeze youth, in a statement signed on Saturday by Comrade Obinna Achionye, Deputy President-General of the group, said, “It was suicidal and foolishness that someone will never participate in assault proposed by him against President Buhari in Japan, and directs gullible igbo youths to risk jail in Japan and deportations, while he enjoys in London.

“Asia countries are not like Europe where someone will engage in activities against a visiting African President without heavy sanction and punishment by the host country.

“So, we call on Igbos staying in Japan to remember that Igbos are not traditionally violent people and will never identify with terrorism, gradually Ipob had lost the consciousness as defender of Igbos now ranking as a violent group capable of carrying arms in the nearby future.”

BREAKING: “IPOB Has Staged A Media War Against Me And The Govt Of Ebonyi State” – Gov Umahi Carries Out