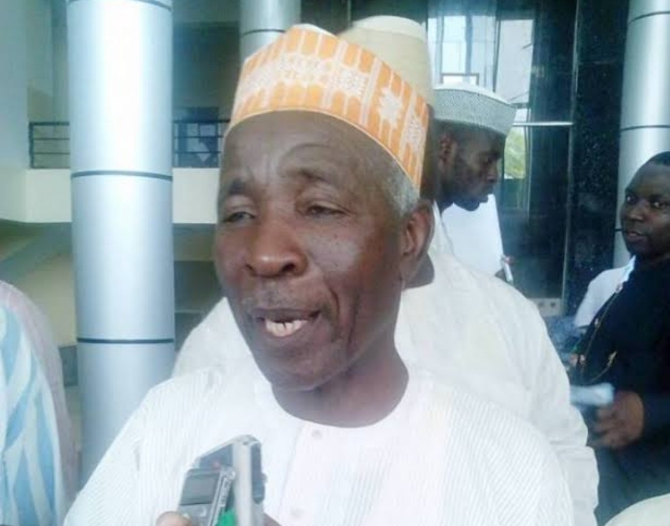 SAHARANEWS – Buba Galadima, the Estranged political ally of President Muhammadu Buhari, reportedly justified the order by Mazi Nnamdi Kanu, the leader of Indigenous People of Biafra, said the attack on Nigerian leaders within and outside the country is part of democracy.

Galadima, who months ago alleged that the man in Aso Rock is not his ally Buhari, said the attacks were part of Nigerians’ protest against bad governance, noting that it was also an expression of angry protesters to demands accountability from those in power.

While Speaking with Vanguard, on Monday, Galadima said: “I want to assure you that even those of us who have nothing to fear or nothing to hide will be very apprehensive to visit certain places outside Nigeria because one is not sure when one will be attacked.

“I can tell you that these attacks on leaders are part of democracy. If somebody believes in himself, he has nothing to fear and would freely travel out to any country even if you are killed for what you believe. What I’m driving at is that our leaders should do better than they are doing or else, the law of Karma will catch up with them within or outside the shores of Nigeria.”

He denied supporting the angry youths who has declared to attack political leaders abroad but calling on leaders to amend their behavior in delivering their mandates.

“I’m not supporting the treatment being meted out to the leaders outside Nigeria. What I’m saying is that the leaders should be very careful about their behaviour while in office because the people are beginning to demand accountability from them.

On the expectations Nigerians should have on the performance of President Muhammadu Buhari in the next four years, the politician said: “It is my view that we have not seen anything yet. We have said many things severally and all of them have come to pass.

“The current leadership in Nigeria today is one of the most insensitive that this country has ever produced. It does not give a damn about anybody’s feeling on any issue.

“However, the most important thing to note is that we have told the people severally that the man doesn’t know what happens around him and it is manifesting.

He alleged that the Chief of staffs, Abba Kyari has assumed authority of president, regardless of whether by lawful, constitutional, or legitimate means; very frequently.

“Abba Kyari is the de-facto President of Nigeria even though the word chiefs of staff did not appear in any sentence in the constitution of the Federal Republic of Nigeria.

“In fact, it is even better than we have an Abba Kyari because if there was no Abba Kyari or Mamman Daura, only God knows what Buhari would have done.”

BIAFRA: We Are Ready For Dialogue Now, Call For Meeting Anywhere, We Will Attend – South-East Govs To IPOB