‘Don’t be distracted by anyone’ — Nnamdi…

COVID-19: Why Nigeria will no longer have president soon –…

IPOB Vows To Treat The Madness Of Nigerian Ambassador To Congo, Takes International Actions Against Her – See Details 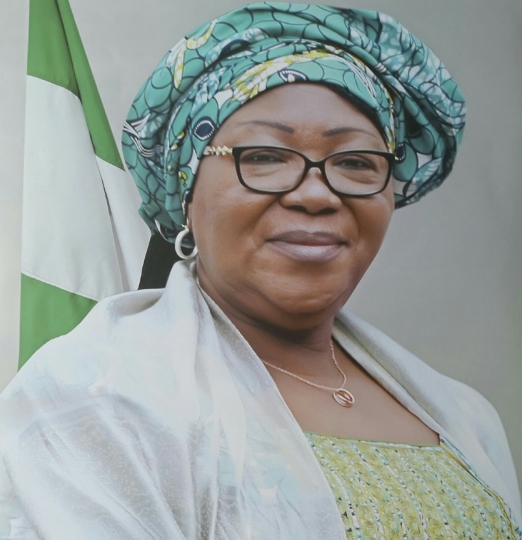 SAHARANEWS – The Indigenous People of Biafra (IPOB) has expressed worry over continued humiliation and arrest of members in Congo, Brazzaville called on the government to expel Nigeria ambassador.

In a statement by IPOB media coordinator, Chinasa Nworu and sightedbby SaharaNews on Monday, accused the Nigeria Ambassador to Congo, Mrs Deborah S. Iliya the behind continued humiliation, arrest and detention of members residing in the country.

He said the Congolese president, Denis Sassou Nguesso, needs to intervene urgently on the pending danger or risk to experience Jamal Khashoggi case in his country.

He said IPOB leadership is taking this issue seriously and will not relent till the end.

The statement reads: “This is the Nigeria Ambassador in Congo Brazzaville her name is DEBORAH S. ILIYA , she is the main facilitator of the humiliation and detention of our IPOB members in Congo, as she had made the lives of our brothers in Congo miserable so shall we treat her madness , she is mounting pressure for our brothers to be deported so that the DSS can get hold of them and kill them as soon as they arrive to the zoo (Nigeria).

ALSO READ:  JUST IN:Attack On Convoy: Why I Was Targeted By Miyetti Allah To Be Killed— Ortom

“BIAFRANS call the zoo Embassy in Congo tells them to leave Biafrans alone. The IPOB leadership is taking this case up seriously the President of Congo, His excellency Denis Sassou Nguesso must hear this case and those involved in this intimidation must be punished by the law and the Nigeria Ambassador must be expelled from Congo Brazzaville

“This is a fight to finish. All hail Biafrans.”