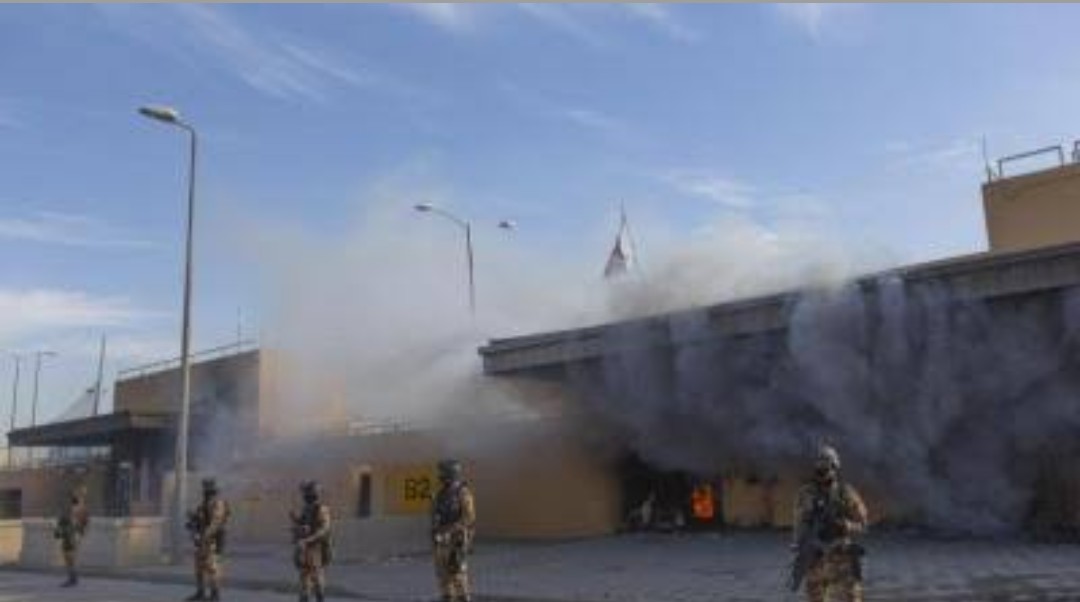 SAHARANEWS – Two rockets crashed late Wednesday into the Iraqi capital’s Green Zone, the high-security enclave where foreign embassies including the US mission are based, security sources told AFP.

The attack came nearly 24 hours after Tehran launched ballistic missiles at Iraqi bases housing American and other coalition forces, which did not cause casualties.

ALSO READ:  Buba Galadima: “A State Got FG’s Palliatives And Was Looking For Buyers”(Video)

The strikes were in retaliation for a US drone strike that killed top Iranian general Qasem Soleimani and Iraqi commander Abu Mahdi al-Muhandis last week.

Muhandis had been the deputy head of the Hashed al-Shaabi, a web of armed groups incorporated into the Iraqi state but which also have close ties to Tehran.

The United States had accused Hashed groups of being behind a string of rocket attacks on the US embassy in Baghdad and bases hosting American troops across the country.

On Wednesday, the Hashed’s hardline factions vowed they, too, would take revenge for the US raid.

Paramilitary chief Qais al-Khazali — blacklisted as a “terrorist” by the US — said Iraq’s response to the US “will be no less than the size of the Iranian response.”

“To American soldiers: Do not close your eyes. Revenge for the martyr Muhandis is coming at the hands of Iraqis — until the last soldier among you leaves,” it said.

ALSO READ:  Emergency!!!! Emergency!!!!:Information that we received said Insecurity coming into Abuja, America said that in 160 hours that Abuja will fail.