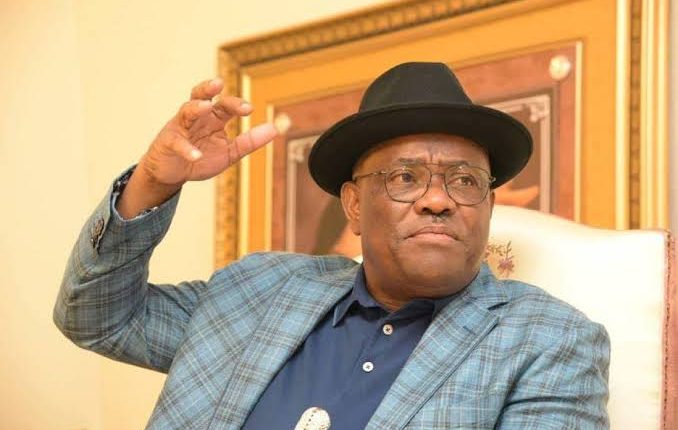 Governor of Rivers State, Nyesom Wike Monday said the fight against oil theft has continued to fail because of the involvement top security personnel.

He, therefore, urged the federal government to treat oil thieves as treasonable offenders due to the damage their activities caused to the economic mainstay of the country.

Wike spoke at in Port Harcourt when he hosted the Chief of Air Staff, Air Marshall Isiaka Oladayo Amao.

“I don’t know, whether we should take the issue of bunkering to even be more serious than treason. If you go around and see what has happened to our environment, you will have pity on us,” he said.

Governor Wike also urged members of the military taskforce deployed to arrest the illegal oil bunkers to find a better and environmentally friendly way to destroy bunkering sites in the state.

He said when they blow-up and set those sites on flame, they increase soot in the atmosphere.

The governor also urged the Nigerian Air Force to deploy the two armoured helicopters donated to them by the Rivers State Government to the State, in order to improve surveillance in the fight against criminality.

The Chief of Air Staff, Air Marshall Isiaka Oladayo Amao said he was on operational visit to 115 Special Operation Group in Rivers State and decided to pay courtesy visit to Governor.