It Is Wrong To Think National Assembly Members Are Overpaid – Buhari 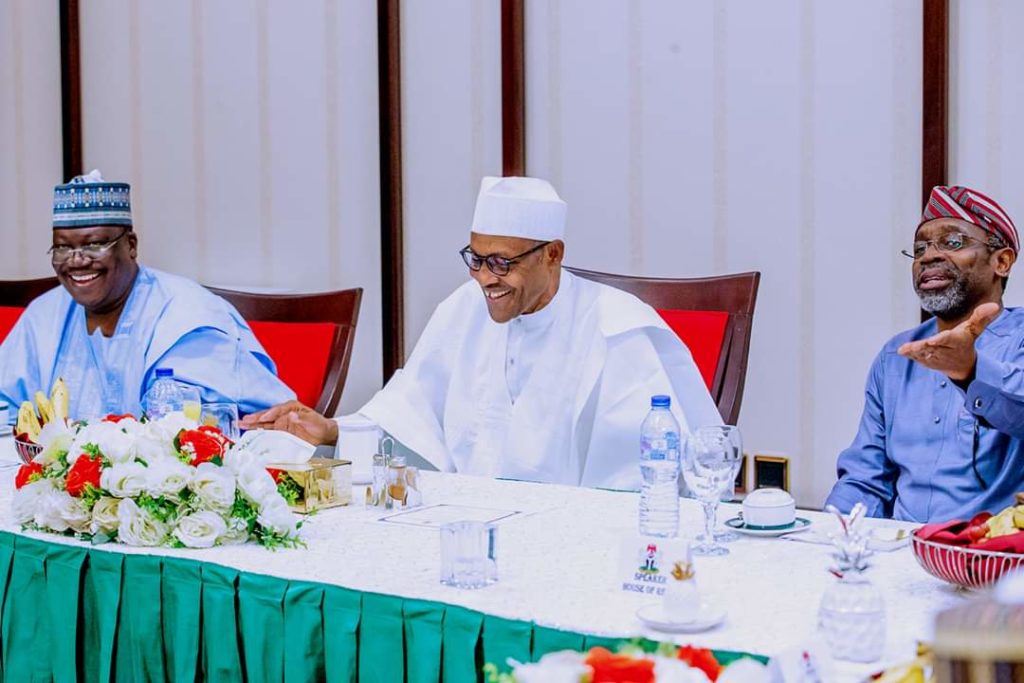 SAHARANEWS President Muhammadu Buhari says Nigerians have a wrong perception of the National Assembly, seeing them as “highly overpaid” for doing little.

Represented by the Minister of Information and Culture, Lai Mohammed, Buhari spoke on Wednesday at the launch of The Green Chamber Magazine, a publication by the House Committee on Media and Public Affairs.

According to him, Nigerians do not seem to know the ‘enormous’ work done by lawmakers which leads to criticism about their salaries and allowances.

“Hitherto, the public perception of the National Assembly is that of a bicameral legislature where overly comfortable and highly-overpaid members merely stuff wads of currency notes into their pockets for little work done. This wrong perception has resulted partly from the lack of understanding of the enormous work of lawmakers, especially outside the glare of television cameras,” Buhari said.

“But with a magazine that will be the authoritative source of anything that goes on in the House – motions being moved, bills being passed, national issues being discussed and constituency projects – the public will be better informed on the activities of the House, and this will, in turn, reflect in an improved public perception.

“In addition, it will help the House to tell its own story, rather than relying on others to take charge of their narrative. It is said that no one can tell your story better than you.”

Speaker of the House, Femi Gbajabiamila; and Deputy Speaker, Ahmed Wase, led principal officers and members to the event.

The keynote speaker, a former Director of Kenya’s Anti-Corruption Commission and Director of the Kenya School of Laws, Prof. Plo Lumumba, tasked the lawmakers in following the footsteps of Nigeria’s founding fathers.