JUST IN: Osinbajo Is An Embarrassment, Should Be Stripped Of…

Threatening The North With IPOB Cannot Give You 2023… 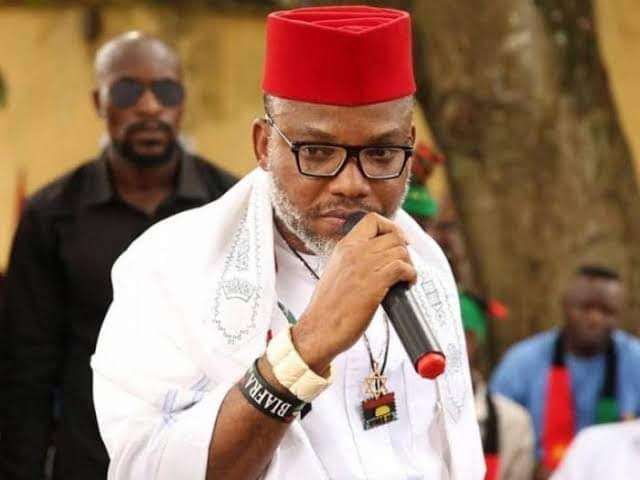 SAHARANEWS – The leader of the Indigenous Of Biafra, Mazi Nnamdi KANU has reacted to the claim by South east governors, leaders of not knowing anything about Operation python dance II, III.

On August 31, the South east governors holds a closed door meeting with some Igbo leaders, stakeholders, Security officials. While speaking, the Igbo leaders further distanced themselves from being brain behind the killing of Biafrans and invasion of Mazi Nnamdi Kanu’s home in Afara-Uku, Ibeku in Abia state leaving 28 of his men dead.

In a statement received by Family Writers Press from an official Facebook page of IPOB leader he revealed that when the northern leaders are instigating them (S’East Governors) to fight and kill IPOB members, they are busy negotiating with their fellow Fulani bandits.

“If you knew nothing about Operation Python Dance 2, why did you proscribe IPOB in its wake?

Also speaking, the leader of the Indigenous People of Biafra, Mazi Nnamdi kanu, said that it’s too little, too late.

His statement reads: “SE Govs, if you knew nothing about Operation Python Dance 2, why did you proscribe IPOB in its wake? The same northern leaders instigating you to fight peaceful IPOB is busy negotiating with & financing their fellow Fulani bandits. Who is fooling who? Too little, too late.”