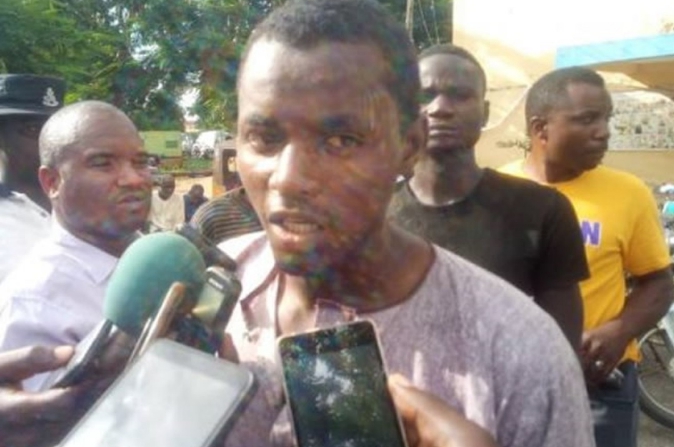 SAHARANEWS – A Fulani herdsman arrested by the operatives of Bauchi State Police Command has justified why he carried AK-47 rifle when grazing.

He said he used it for self-defense.

The herdsman, Sadiq Mohammed, who spoke with newsmen while being paraded at the Police headquarters in Bauchi on Wednesday, said although he was arrested with two guns — an AK-47 and a pistol — he was not the original owner.

He said, “I’ve had these guns for 11 years this year. I got them since I was in Plateau State.

“The man who first bought this gun is dead. He was killed, so I took it.

“I have never killed any person with these guns, but I’ve been using them to protect myself and my cows from people who may want to attack me and steal my animals.”

The father of two added that “any time I take my cows to Plateau State, I use the guns to protect myself while I rear them (cows).”

ALSO READ:  UEFA Champions League round of 16 draw...Check who your team will play