Janet Yellen becomes the first female Treasury chief; may be a calming influence in a divided Washington 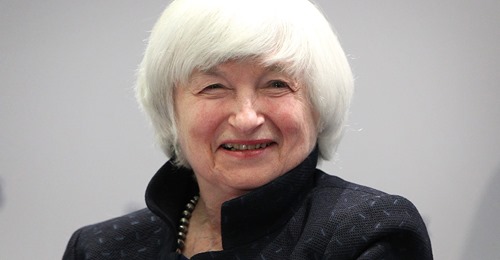 Janet Yellen became the first woman to head the U.S. Treasury Department on Monday, a historic appointment that will position her to promptly work on President Joe Biden’s economic agenda, which aims to further the recovery and offer relief to Americans devastated by the COVID-19 pandemic.

Yellen, the first woman to lead the Federal Reserve during her tenure from 2014 to 2018, was confirmed by the Senate on Monday afternoon.

She is the first person to head the Treasury, Federal Reserve and the White House Council of Economic Advisers.

“As Treasury secretary, who is fifth in the presidential line of succession, Yellen will oversee everything from tax collection to public-debt management to the implementation of international sanctions,” Lindsey M. Piegza, chief economist at Stifel, said in a note. “Near term, however, the most pressing component of the job will be oversight and management of the economic recovery.”

In a Washington, D.C., bitterly divided over everything from the size of the next COVID-19 relief package to broader tax and spending policies, former Fed Chair Yellen may be just the balm, experts say.https://c7e6781bdd934c438013dccfc651ffa8.safeframe.googlesyndication.com/safeframe/1-0-37/html/container.html

“I think she’ll bring a little calm,” says Carl Tobias, a law professor at the University of Richmond and an expert on congressional politics.

Yellen brings a longstanding bias toward fighting unemployment, but also a reputation as a consensus builder who can bring together opposing factions.

“She’s a moderate and a centrist,” says Jeffrey Bergstrand, a finance professor at the University of Notre Dame and a former Fed economist.

Yellen, 74, faces a maelstrom of challenges. The recovery from the pandemic-induced recession is slowing and the outbreak is surging across the U.S.

Congress recently passed a $900 billion relief package that provides more aid to the unemployed and struggling small businesses, a $600 check to most individuals and more money for vaccine distribution.

Biden is proposing an additional $1.9 trillion measure that would extend and expand the unemployment assistance, send another $1,400 check to most Americans, provide rental assistance and extend a 15% increase in food stamp benefits through September, among other provisions.

Over the longer term, Yellen will help push Biden’s plan to spend trillions to upgrade the nation’s infrastructure, build a clean energy economy and provide tuition-free community college, among other bold spending proposals. Biden also wants to raise taxes on corporations and individuals earning more than $400,000.

She’ll also be Biden’s point person on the budget and also a deficit that has tripled to a record $3.1 trillion this year due to the government’s earlier stimulus rounds in response to the health crisis and related business shutdowns that led to the recession.

While Yellen has voiced concerns about the deficit, she has indicated that with borrowing costs at a historic low’s and the financial toll on households piling up, now isn’t the time to curtail spending.

“Even under current conditions, I think we can afford to increase federal spending or cut taxes to stimulate the economy if there’s a downturn,” Yellen said in January at the American Economic Association annual meeting.

Although Yellen is a consensus builder, she’ll be thrust into the unfamiliar role of making her case to recalcitrant lawmakers.

“Treasury secretary is much more political” than the Fed, Bergstrand says.

How will she fare in that lion’s den?

“That’s the big unknown,” says Alan Blinder, a Princeton University economist who served with Yellen on the Fed’s board in the 1990s. https://c7e6781bdd934c438013dccfc651ffa8.safeframe.googlesyndication.com/safeframe/1-0-37/html/container.html