Ogun: Man who stole money to lodge in hotel stabbed to death… 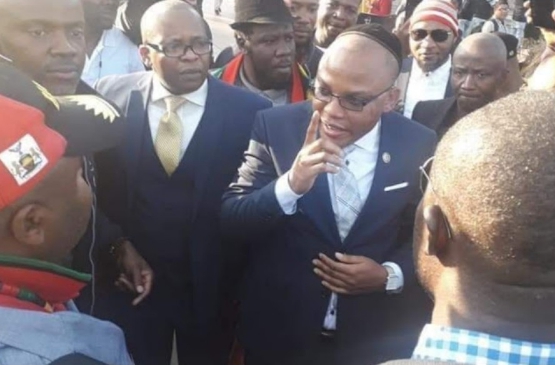 SAHARANEWS – Delivering his promise at the last diplomatic onslaught at EU headquarters, Brussels, where he promised to take the fight for Biafra self-determination to the United Nations, reaffirmed in the tweet, “Our Next Stop is UN,”.

The Supreme Leader of the Indigenous People of Biafra, Mazi Nnamdi Kanu, said “There are those who are wondering can this thing be done. And we are showing them today that this thing that has not happened since 1945 when they started killing our people in Jos, that here today on the 18th day of September 2019, it has happened.”

Kanu who made the statement while addressing a conglomerate of Biafrans who met him as he stepped out from the United Nations headquarters in Geneva where he and other top figures of IPOB leadership had meeting with UN officials was visibly triumphant.

Speaking further, the enigmatic leader of Biafra said, “I said we will come to the UN and we have come to the United Nations. Promise made, promise delivered. Remarkable.

Recall that in Brussels a week and few days ago, the leader of the Indigenous People of Biafra, Mazi Nnamdi Kanu, hinted on a possible visit to the UN to further the Biafra quest. While there was no genuine doubt to that, all having seen IPOB ‘s momentum as demonstrated with the EU visit, no one expected the UN episode so soon. The two day (17th and 18th September 2019) diplomatic meeting at the UN, therefore, took everyone by surprise.

ALSO READ:  NEW DEVELOPMENTS: Team Of US lawyers Drags Buhari, Buratai, others to ICC for trial over Genocide On Biafrans –Photos

There have been arguments about IPOB’s standing at the international scene, with critics maintaining that the group lacks the finesse to launch any meaningful diplomatic engagement capable of freeing Biafra. Not that the doubting lots are not aware of IPOB’s diplomatic offensives, but doing the bidding of the Federal Government of Nigeria who is bent on frustrating the Biafra freedom demand, they vend their skepticism with a view to dwindling the masses rising hopes in the coming of Biafra. Kanu’s United Nations visit, synergizing that of the EU, thus buries all arguments.

Although the details of what was discussed in the meeting were not disclosed to the public, Kanu’s body language convinces the press that the Biafran envoy is leaving Geneva with something tangible. Ears are now inclined to the group’s next move – presumably, Washington DC – especially as Kanu also hinted on that in Brussels.