Enemies will rig election if you sit-at-home — Igbo elders… 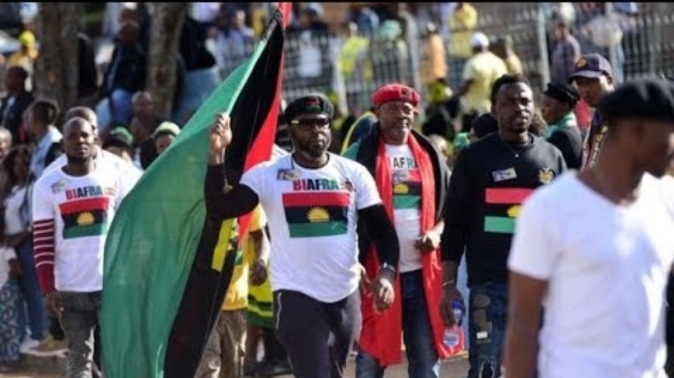 SAHARANEWS – The leader of Indigenous People of Biafra, (IPOB) Mazi Nnamdi Kanu has been extended an invitation to by the European Union Parliament over the yet to attained issues of Biafra.

In a post on his official Facebook  page, on late Thursday 5 2019, the IPOB leader expressed enthusiasm over the invitation, as he accepted to attend.

The invitation, which bid to hold 10 September 2019, and 4 – 6 PM EST, will cover lectures on educating the parliamentarians the burning issue of IPOB agitation and meaning of the new Biafra.

He, therefore, urged the IPOB family unit in Europe to prepare for the pending historic event as they will accompany him to European Parliament Building, Brussels, Belgium.

The post reads: “I have graciously accepted the invitation of a few members of the European Parliament to address the burning issue of IPOB agitation and what a NEW BIAFRA means for Africa.

“I look forward to leading hardcore IPOB family members in Europe to this historic encounter.

Meanwhile, The United Nations security committee has released long expected report on the arbitrary killing of members of the Indigenous People of Biafra.

The report also faulted federal government on the group’s prosciprion, said no investigation that led to IPOB’s intensified protests was investigated, mainly, allegation of killing, kidnapping etc before tagging them terrorist group.

Also said federal government flattered orders by the African Commission not to proscribe the group regard existing investigation, noting thar interim decision by ACHR was not implemented.

BREAKING: It’s Becoming Clearer That The Man In Aso Rock Is Not Buhari But A Decoy – Fani-Kayode