Using Mazi Nnamdi Kanu to do Political campaign is a big…

JUBRIL El-Sudani: Ex Minister insists that Buhari Must do this to convince Nigerians that he is the man they voted for in 2015. 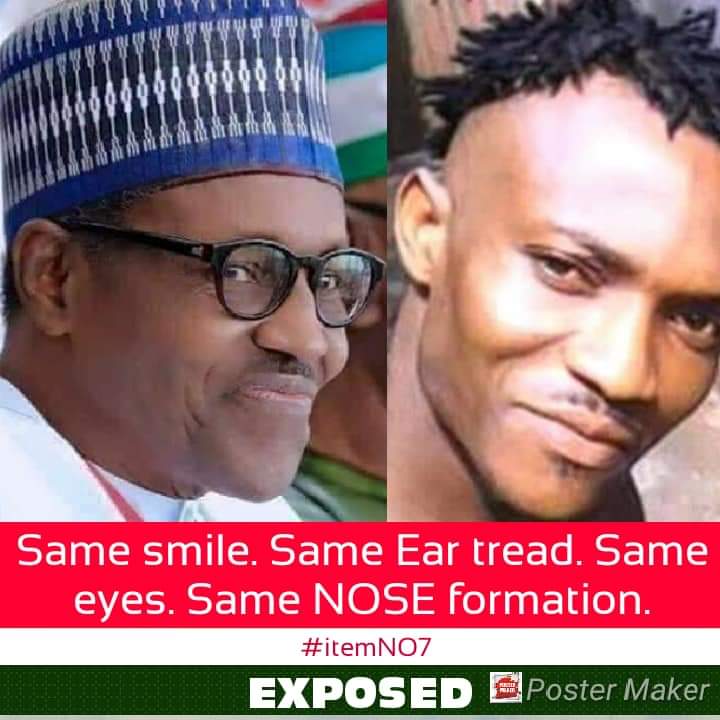 The controversy over the true identity of the occupant of AsoRock rages, a Former Minister of Culture and Tourism Femi Fani-Kayode, has dared President Muhammadu Buhari to come clean on the allegation that he is being impersonated by a certain Jubril Aminu, a Sudanese lookalike body double.

FFK in an article released on Sunday on his Twitter page, highlighted 15 questions Buhari needs to address concerning the allegations of the leader of the Indigenous People of Biafra mazi Nnamdi Kanu and IPOB.

Recall that Kanu since his reappearance in Israel penultimate month has been consistent in making weekly exposé on the alleged impersonation of ‘dead’ President Muhammadu Buhari by a Sudanese stage play actor, Jubril Aminu Al-Sudani.

He also challenged Buhari to call out Eric Stuart Joyce, the former Brirish MP, former Army officer and former MI6 agent, for declaring him dead sometime in 2017 and remove his hat to have his hair examined.

Excerpts from the article:
“There is always a hidden truth, an angle, a grey area or an unseen dimension to everything that a Nigerian leader or politician says or does. It is in the light of this that I submit the following.

“If President Muhammadu Buhari really wants us to believe that he is not Jubril Aminu Al Sudani I challenge him to have a two-hour interactive no-holds barred live media chat on national television.

“I challenge him to take off his hat and let us examine his head and hair.

“I challenge him to let us measure his ears and inspect his earlobes.

“I challenge him to conduct a one hour non-stop conversation in Fufude, the Fulani language, on national television.

“I challenge him to explain how it is that he is now a good deal shorter in height than he was two years ago.

“I challenge him to tell us how it is that two years ago he looked like his Minister of Information’s (Lai Mohammed’s) grandfather, but today he looks like the Minister’s grandson.

“I challenge him to explain why he has not been going back to the United Kingdom for regular medical check-ups after his “miraculous” recovery from a strange and debilitating illness that ravaged and wrecked his body and that almost sent him to his grave.

“I challenge him to call out Eric Stuart Joyce, the former Brirish MP, former Army officer and former MI6 agent, for declaring him dead sometime last year and for accusing the Nigerian intelligensia, authorities, media, intelligence agencies and ruling elite of being complicit in the conspiracy and the Nigerian people of being the most gullible and naive in the world.

“I challenge him to explain why he did not appear with any of the key world leaders in any of the official pictures during his last trip to Paris.

“I challenge him to explain why President Donald Trump described him as “lifeless” and ordered his staff never to bring him before him again.

“I challenge him to explain why the First Lady, Mrs. Aisha Buhari, claims that two faceless, nameless, shadowy, strange and all-powerful individuals, whose shoes other government officials “lick”, are running the affairs of our country and not him.

“I challenge him to explain why he has refused to give one formal press interview to Nigerian journalists and on Nigerian soil for the last two years.

“I challenge him to deny the fact that body-doubles were often used in the civilised world during the 1960’s, 1970’s, 1980’s and 1990’s for security reasons and they often represented Presidents, Prime Ministers and Heads of State at official functions and events.

“Finally I challenge him to tell us whether it was a coincidence that Haibu Almu, the Nigerian Consul-General to the Sudan and NIA agent that allegedly discovered Jubril Aminu Al Sudani and proposed him as a credible and convincing body-double for the ailing Buhari in 2016, was suddenly knifed to death in Khartoum in May 2018 just a few weeks after his alleged role in the whole sordid “body-double” saga was made public.

“do not believe that Buhari is a clone but I do believe that the body-double allegation and rumour is worthy of our attention and consequently needs to be thoroughly investigated, explored and examined.

“Though I cannot vouch for the veracity of this allegation and rumour one thing is clear: a significant number of Nigerians do not believe that the man in Aso Rock Villa is the Buhari that they know and, rightly or wrongly, their perception is that there is something fishy going on