BREAKING: Army Embarks On “Operation Show Of Force” In Akwa…

Just Few Days After EU Invites Nnamdi Kanu, DSS Alleged That There Are Secret Plans To Set Nigeria On Fire 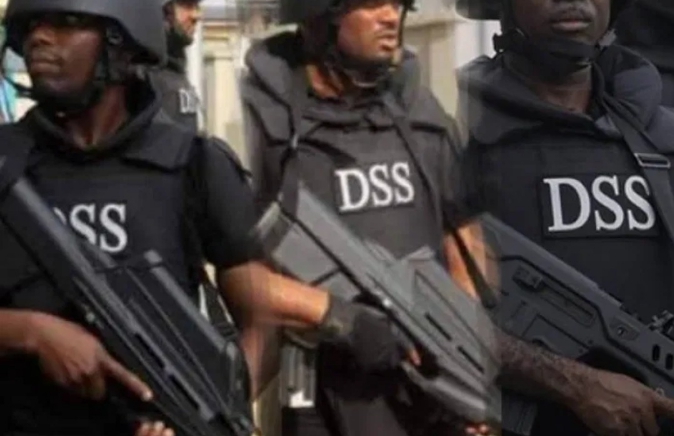 SAHARANEWS – The Department of State Services (DSS) says some persons are plotting to set the nation on fire.

Peter Afunaya, spokesman of the agency, said this in a statement issued on Monday.

The spokesman of the secret police did not mention any name or group but said the service would not relent in its bid to secure the country.

“The DSS wishes to reiterate its earlier alert to the nation of plans by subversive groups and individuals to undermine national security, peace and unity in the country,” the statement read.

“These elements are determined to exploit political differences and other occurrences, within and outside the country, to destabilize the nation. They also initiate narratives to deepen their subversive objectives so as to achieve preferred illegal outcomes.

“The aim is to set the country on fire as well as inflame passions across ethnic and religious divides with expected violent consequences.”

Afunaya also asked the public to be conscious of fake news, warning those in the habit of spreading false reports to desist.

“Also, the Service expresses dismay over the increasing use of fake news and unsubstantiated information spread across social media platforms to deceive and incite sections of the populace to civil unrest,” he said.

“While condemning the unpatriotic and misguided activities of these anti-social elements, the Service equally warns them to desist forthwith from their unholy acts as the full weight of the law will be brought against them.

“In the same vein, citizens are enjoined to remain law abiding, peaceful and report any suspicions likely to inhibit public safety to appropriate authorities. On its part, the Service will remain committed in its pursuit of national stability in line with its statutory mandate of protecting the country against crimes and threats to its internal security.”

The warning comes at a time when the presidential election tribunal is set to give its verdict on the petition Atiku Abubakar, presidential candidate of the Peoples Democratic Party (PDP) in the 2019 general election, filed to challenge the victory of President Muhammadu Buhari.

BREAKING: It’s Becoming Clearer That The Man In Aso Rock Is Not Buhari But A Decoy – Fani-Kayode