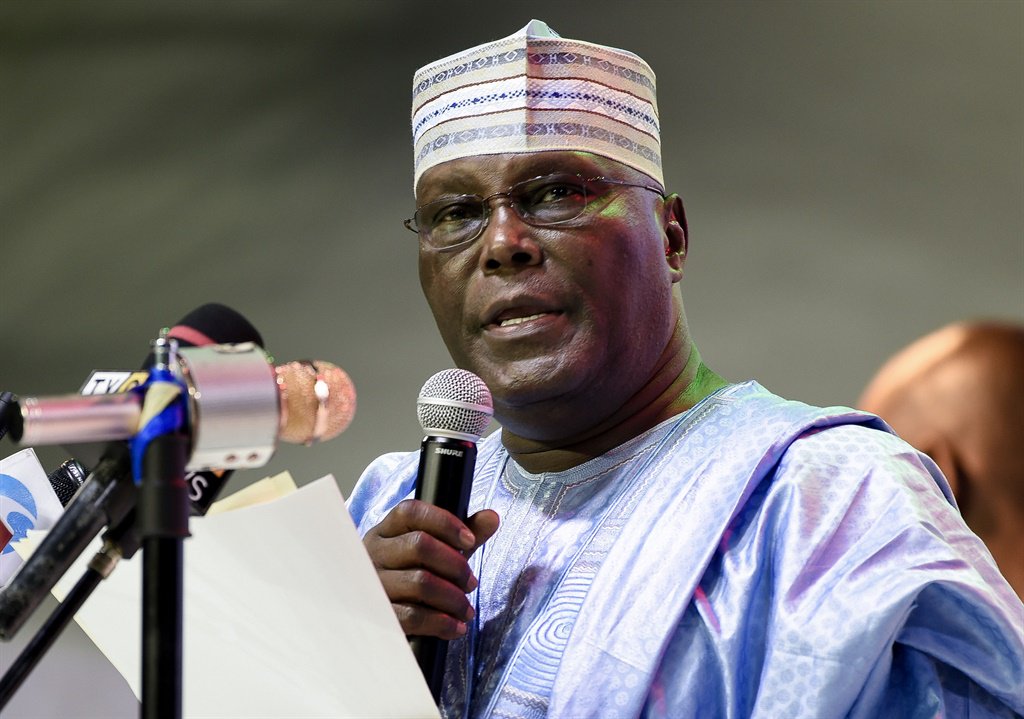 The Peoples Democratic Party presidential candidate, Atiku Abubakar, has promised that if elected, he will bring to bear his diverse experiences to tackle unemployment, insecurity and other challenges facing the nation.

Atiku, who stated this while addressing a mammoth crowd that attended the inauguration of his North-West zonal campaign rally in Sokoto on Monday, said he was not a failed farmer.   He also said, “Our Nigeria of today needs a leader that will involve all in government, not some individuals who only care for their personal interests and not the country.

“My presidential bid is to strengthen the capacity and independence of our teeming unemployed youths, women and the less privileged persons in the society by supporting their cause for financial and economic independence through vibrant policies and programmes.

He said, “I am a politician, I am a businessman, I am into many things, I am also a farmer and know exactly what the problems of Nigerians are. I am not a failed farmer who could only boast of rearing 150 cows year-in, year-out of his livestock business.

“I have more than a thousand cows in my farm, please we should not allow someone whose cows have not grown from 150 to come here and tell us lies and propaganda again.”


At the rally attended by current and former governors of the PDP, the Director-General of the PDP Presidential campaign and Senate President, Bukola Saraki, described the event as historic. Saraki said, “As the DG of the campaign, when we zoned the flagging-off here, they said North-West was a no-go area because of the APC but the crowd here is a testimony that the APC has lost total control of the country politically, especially in the North -West zone which was the stronghold of the APC in the last general elections.

ALSO READ:  "It Is Time To End Nigeria So That People Who Want Development Can Go Ahead" - Bishop Matthew Kukah

In his remarks, the Governor of Sokoto State, Alhaji Aminu Tambuwal, commended the PDP for bringing the inauguration of the presidential campaign to Sokoto.  Tambuwal further described Atiku as a complete democrat, who would use his experience not only to develop the country but also to unite the country amidst killings being witnessed all over the country.  He challenged the people of the zone to rally round the PDP and vote massively for  Atiku Abubakar in the  2019 election.  Former President Goodluck Jonathan, while addressing the crowd also acknowledged  the North-West zone as a major block in the political firmament of the country.”   At the rally, which was attended by current and former governors of the PDP, the Director-General of the PDP Presidential campaign and Senate President, Bukola Saraki, described the event as historic.  Jonathan urged Nigerians to vote Atiku, the party’s presidential candidate in 2019, “so that all of us will have food to eat.”


He stated, “We have seen four presidents, from Obasanjo to our late brother, Yar’Adua, to myself and to the current president. You have seen how the various presidents and the various parties have worked, and one thing that is very clear is that the PDP is still the number one party.

“There is something that all of us need as human beings, everybody eats. Everybody, every day must eat, and if you cannot eat well, then you are not happy.   “The PDP is the only party that can make sure all of us eat very well in the morning, in the afternoon, and in the evening.”  Jonathan told the crowd that they should not vote a wrong person, else their children and grandchildren would not forgive them. He stated, “Let us not make any mistakes, those of us that are adults, old enough to vote, if we vote wrongly, our children and grandchildren will not forgive us.

“Today, our country has a lot of challenges; look at all the presidential candidates, all of them are good people, but among all, we have seen that it is only Atiku that can deliver.  “If you have a soccer match, you go with your best 11, you don’t manage, if you have a wrestling or a boxing tournament, you go with your best, you don’t manage. Atiku is experienced enough; he has demonstrated clearly from his personal life and his business life that he has that capacity to bring this country together as one, and make our economy grow, so that all of us will have food to eat.”


He said, “The crowd I saw here today has given me a new hope that the zone is for the PDP and Atiku.  “Of all the presidential candidates in Nigeria today, I see Atiku as the only candidate who can bring out the best for the people of Nigeria based on his past record in government and private life.

The PDP National Chairman, Prince Uche Secondus, warned the Independent National Electoral Commission to conduct credible elections devoid of rigging or any form of malpractices .  Secondus said the mission to rescue Nigeria had begun in Sokoto. The national chairman said the PDP had chosen a credible and experienced presidential candidate and his running mate, Peter Obi “to lead the rescue mission.”  Secondus, in a statement from his media office signed by his Media Adviser, Ike Abonyi, said the performance record of the presidential candidate and his running mate was reassuring that Nigeria would be in good hands from 2019.  He stated, “Atiku has what it takes to turn the economy around, create jobs for our teeming youths and unite the country  He warned that Nigerians had turned their back on the APC and President Buhari as could be seen by the people of Sokoto and the North- West states.

Also at the rally, the Speaker of the House of Representatives, Yakubu Dogara, said Nigeria should be grateful to democracy for providing the opportunity for the people to make changes when things are not going well.   He said he and some other Nigerians fought for change in 2015 but had since realised that the change was not forthcoming, hence the decision to dump the APC for the  PDP.


The highpoints of the rally included the presentation of the party’s flag to the presidential candidate, his running mate and the Sokoto State governorship candidate and governor of the state, Aminu Tambuwal.   Other dignitaries at the rally were a former Governor of Jigawa State,  Sule Lamido;  ex-Niger State governor, Babangida Aliyu; his counterpart for Kano, Rabiu Kwankwanso;   Darius Ishaku, Governor of  Taraba State; and a former governor of Kaduna State, Ahmed Makarfi.

BRAKING! Buhari under immense pressure from international communities over his “unconvincing” response on his body double in Poland.