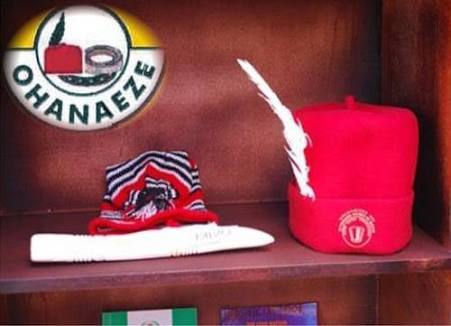 Seventy-one members of the House of Representatives have started the move to restructure the country as a bill which they sponsored to amend the 1999 Constitution to return Nigeria to the parliamentary system of government passed the first reading at plenary on Thursday.

The bill came at a time when prominent Nigerians and socio-cultural and political groups were calling for the nation’s governance structure to reflect true federalism. The bill was laid before the House at the plenary on Thursday.

Addressing journalists, 22 of the sponsors condemned the current presidential system as bloated and expensive, arguing that a parliamentary system would deliver more dividends to Nigerians.

Leading the address, Mr Nicholas Ossai, introduced himself as the secretary of the group of lawmakers while Mr Kingsley Chinda is the chairman. Ossai said more lawmakers would join “this process to change Nigeria.”

He stated that the country’s economic system had to change effectively.Ossai listed the economic benefits of a parliamentary system and why the lawmakers wanted to change the governance structure of the country.

He said, “Seventy-one of us sponsored that bill. Our position in this legislation clearly points to compelling advantages of a parliamentary system of government to economic growth and development, as well as its inherent efficiency in the conduct of government business.

“Studies have shown empirically that countries run by presidential system consistently produce lower output growth, higher and more volatile inflation and greater income inequality relative to those under parliamentary ones. Little wonder the rich continue to be richer whilst the poor get poorer, and we have become the poverty capital of the world.

He added, “There are countless empirical records which show that output growth under presidential systems are in zero points (negative) while output growth under parliamentary systems clocks from one point and above (positive). Great Britain is an example. France is another example. Australia is also an example of countries with high positive output.

“Even when Nigeria was practising it in 1960, if you see the output and the growth in terms of employment rate that Nigeria witnessed, you will marvel but the military took over and gave us the presidential system of government in 1979, and that system has not increased any economic benefit for our country.

“In 1983, the military struck again, and came back in 1999 to impose a constitution with presidential system of government that has been complex; a system that the bureaucracies are in two key areas. There is the Presidency. Under the Presidency you will see a lot of agencies within the bureaucratic setting, different from the civil service bureaucracy. You could see that the result of this is a high cost in governance.”

According to him, presidential systems are consistently producing less favourable macro-economic outcomes, which he said, prevailed in a wide range of circumstances in Nigeria. The lawmaker added, “Due to the excessive powers domiciled in one man under the presidential system, consensus building that is often required for economic decision is always lacking. If it is under a parliamentary system, the prime minister is part of the legislature.

“The over-centralisation of government decisions that is prevalent in a presidential system obstructs economic development when compared to the parliamentary or hybrid system.

“The point has also been made that the too powerful nature of the presidential office, often leads to greater fluctuations in the economy with the change of office. This was witnessed in Nigeria in 2015 and currently being experienced as we prepare for the 2019 general elections. Such volatility is evidenced by sharper electoral cycles under presidential systems than that of parliamentary systems.

“The decentralisation of powers in parliamentary system helps to douse tensions in countries – like Nigeria – where ethnicity, race, religious differences and ideological divisions are prevalent, thereby promoting peace and unity which are ingredients for economic growth and development.

“Parliamentary systems promote inclusion and collectiveness which is critical to equality of income distribution and opportunities.”

Meanwhile, the pan-Yoruba socio-cultural organisation, Afenifere and the Ohanaeze Ndigbo, have described the decision of the members of the House of Representatives as a welcome development.

Afenifere’s spokesman, Yinka Odumakin; and the spokesman for the Ohanaeze Ndigbo, Uche Achi-Okpaga, said this in separate interviews with one of our correspondents.

He said, “Those members of the House of Representatives are true representatives of the people and history will be very kind to them.

“The presidential system has killed Nigeria, it is too expensive and it is the major source of corruption in Nigeria today.

“If you say you want to become a President under this system, the whole country is your constituency. On Election Day, you will need 119, 973 agents. If you give them N5,000 each, that is N6bn. Where will an honest man get that?

“That is why there is a lot influence of illicit money in our elections and it will remain so until we go back to parliamentary system.

“Under parliamentary system, if you want to be a Prime Minister of Nigeria, you just contest in your constituency and go and negotiate the rest at the parliament.

“If we go back to parliamentary system, the best of Nigeria will come out. The coming election is already rigged against so many people who have bright ideas but cannot afford the kind of money our electoral system requires.

“So, it is a good move by those federal lawmakers. Even if they don’t win today, we will get there one day. Kudos to them.”

He said, “Their (the lawmakers’) position tallies with what we have been saying in Ohanaeze. Restructuring has a lot of connotations. If you changed a ruling party, you have restructured.

“This time, some legislators have come together to offer a solution. If we adopt it, we have restructured the system.

“If we go back to parliamentary system, we have restructured the system. Once it is no longer presidential, it is restructuring.

“It has always been our argument that until we restructure Nigeria, it will never be the same. There will continue to be agitations, misgivings and a lot of contentions.

“These lawmakers have admitted that there is something wrong and they are looking for a solution. Until the right solution is arrived at, people will continue to proffer different opinions.

“It is a welcome development. If the National Assembly sees merit in it and adopt it, so be it. That means we have restructured the system.”

LEAKED:The reason they insist on Osinbajo representing Buhari at the presidential debate.