How Fulani militiamen attacked church in Kogi, kill one,…

JUST IN: All the politicians in support of Operation Python Dance in Biafra land must leave office – Nnamdi Kanu 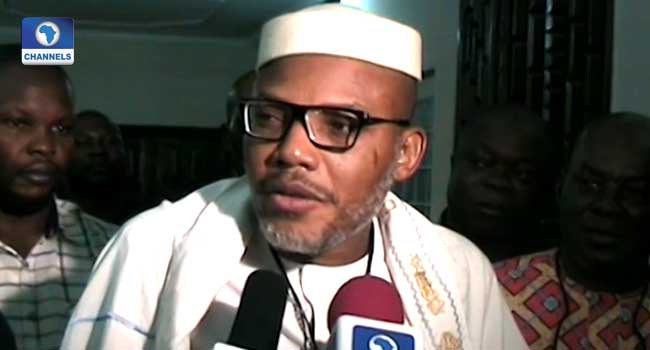 BIAFRA – The Leader of the indigenous people of Biafra, Nnamdi Kanu has re-established the call to boycott elections in Nigeria.

He said this on his twitter account on Thursday as he attacked Gov. Okezie Ikpeazu, Dave Umahi and other southeastern governors for welcoming the Nigerian military exercise called “Operation Python Dance.”

“As stated in my last broadcast, Okezie Ikpazu, Dave Umahi and all supporters of Operation Python Dance must leave office.”

“We Biafrans will continue to boycott every general election until referendum is conducted,” Nnamdi Kanu said on his twitter account.

JUST IN: A Constitutional Lawyer Drags AGF To Court Over Onnoghen’s Trial

BREAKING: Atiku have questions to answer when he returns from USA – Lai Mohammed