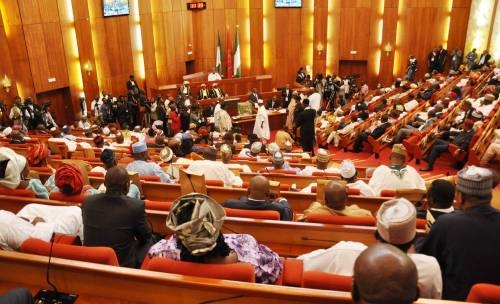 SAHARANEWS – Godwin Emefiele, governor of the Central Bank of Nigeria (CBN), has appeared before the Senate Committee on Banking, Insurance and other Financial Institution for screening as Governor of CBN for the second term.

This is happening as Emefiele is currently enmeshed in an N500bn scandal he stole from the apex bank with the connivance of some top officials of the bank.

The committee, headed by Rafiu Ibrahim, was tasked to complete the screening in a week and report to the Senate.

BREAKING: A Beacon Of Consolation For Emir Sanusi As Court Sack All 4 Emirs Appointed By Gov Ganduje