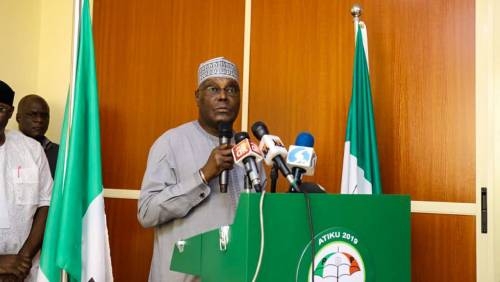 SAHARANEWS – Atiku Abubakar, former Vice president and 2019 Presidential candidate of the Peoples Democratic Party(PDP), has spoken of an ongoing plan by the All Progressives Congress to stage-manage a crisis in order to implicate him.

He said that the purpose of the stage-managed crisis would be to provide evidence for allegation by Lai Mohammed, Nigeria’s Minister of Culture and Information, who claimed Atiku was planning to topple the Buhari-led government.

He said, “We wish to blow the whistle as an early-warning alert of the grandiose scheme being put together by some unscrupulous elements aimed at jeopardising the reputation of His Excellency, Atiku Abubakar in the coming days and weeks.

“By the merit of what is beginning to unfold, there are plans to create some upsets across the country whereby alleged perpetrators of such crimes will engage in phantom names-dropping of Atiku Abubakar and some senior personalities in the Peoples Democratic Party.

“Already, we are abreast of some other plans to plant fictitious stories in some mushroom media outlets aimed at discrediting Atiku and his political party, the PDP.

“It, therefore, becomes preponderant that we alert the public of this demonic plan and to say that it will be imprudent to compromise the peace and security of Nigerians in order to score a cheap political goal.

“It is very unsettling that senior administration officials, especially those who are the mouthpiece of government will make reckless but calculated comments to tarnish the image of Atiku Abubakar and government will sit idly on it.

“With the conclusion reached by relevant security outfits that there is no evidentiary proof to back the claim by Lai Mohammed that the opposition was planning to upstage the government, we demand that the information minister should be arrested for a breach of security and an apology rendered to Atiku Abubakar and the PDP.”

Atiku urged the federal government to be awake to its responsibilities of providing security and ensuring peace, and also to desist from actions and utterances that are capable of exposing our fault lines. 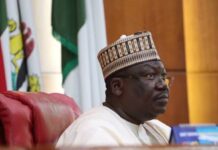 BREAKING: COVID-19, Tension As 6 Persons Who Tested Positive Escape From... 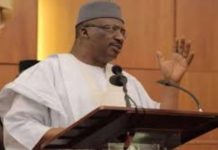 Why We Spend So Much Money Building More Prisons Across Nigeria... 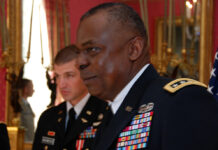 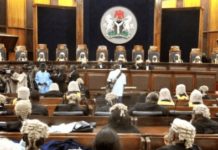