JUST IN: Army promotes 231 senior officers, a look at the lopsided list. 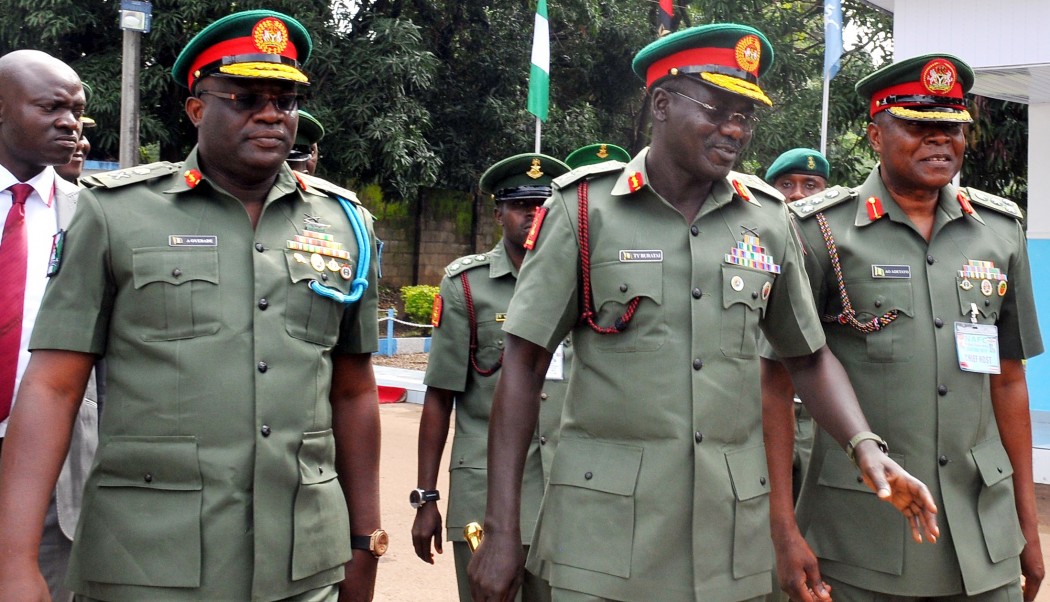 ABUJA – THE Nigerian Army has promoted its 232 senior officers to higher ranks. The officers were who cut across the ranks of Brigadier General,Colonel, Lieutenant Colonel and Major,were promoted following approval to that effect by the Army Council,the highest decision making body in the Nigerian Army.


The Director of Army Public Relations, Brigadier General Sani Usman,who released a statement earlier Tuesday, announcing the development,said it was aimed to re-energise the beneficiaries towards the discharge of their tasks and responsibilities. Recruits undergo training at the headquaters of the Depot of the Nigerian Army in Zaria, Kaduna State in northcentral Nigeria, on October 5, 2017. Under the arrangements,29 Brigadier Generals were promoted to the rank of Major Generals, 95 Colonels to Brigadier Generals, 106 Lieutenant Colonels to Colonels and one Major to Lieutenant Colonel, respectively.


“While Major UA Musa is promoted Lieutenant Colonel. The approval of the promotion by the Army Council for the senior officers today, is the last for the year. “The promotion exercise is expected to re-energise the beneficiaries towards the discharge of their tasks and responsibilities. You are please requested to disseminate this information to the public through your medium.

ALSO READ:  China: We will not assume control over Ugandan air terminal over advance default