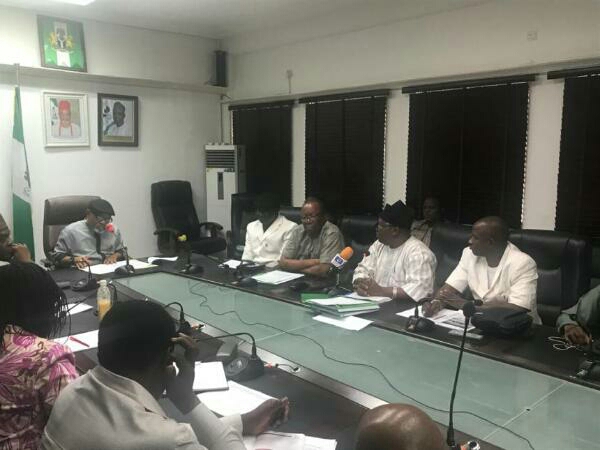 ASUU – The hope of many university students across the country to resume academic activities soon may have been dashed. The striking Academic Staff Union of Universities (ASUU) has rejected the offers made to it early this week by the Nigerian government.

At the seventh meeting with the leadership of ASUU on Tuesday, the Minister of Labour and Employment, Chris Ngige, said the labour dispute with the university teachers was on the verge of being resolved. He listed the fresh concessions made by the administration to ASUU.

According to Mr Ngige, the office of the Accountant-General of the Federation and the Ministry of Finance presented evidence that N15.4 billion had been released to public universities.

On earned academic allowances, he said President Muhammadu Buhari approved N20 billion to offset arrears of the 2009 to 2012 verified earnings by university teachers. The President of ASUU, Biodun Ogunyemi, said upon reviewing the offers made by the government, members of the union across various campuses and zones rejected it.

Mr. Ogunyemi, who described government’s offer on the outstanding revitalization fund of N1.1 trillion as tokenism, said members are insisting that government should release at least a tranche of N220 billion spread over four quarters of 2019.

He added that on earned allowances, government’s proposal should not be lesser than the total amount released “the last time” out of the verified balance.

Recall that as part of the agreement reached between the union and the government before ASUU ended its industrial action in September 2017, the Federal Government released a total N22.9 billion for earned allowances of both academic and non-academic staff across 22 Federal universities.

Of the amount, academics under ASUU got N18.3billion, while non-teaching staff belonging to the Senior Staff Association of Nigerian University (SSANU), Non-Academic Staff Union (NASU) and the National Association of Academic Technologists (NAAT) got N4.6 billion.

The sharing formula, which was condemned by the three non-academic staff unions, had led to pockets of protests across various campuses at the time, and eventually compelled the unions to embark on prolonged strike.

Apparently to avoid the controversy that greeted the sharing of the allowance in 2017, ASUU is insisting that the Federal Government should categorically state the amount earmarked for its members, which it said must not be lesser than N18.3 billion it received then.

Mr Ogunyemi said; “Our members have rejected tokenism with respect to outstanding revitalization fund of N1.1 trillion. They are insisting that government should release at least one tranche of N220 billion spread over four quarters of 2019.

“On earned academic allowances, our members said government’s proposed amount out of the verified balance should not be less than the total amount released last time, while evidence of mainstreaming the allowances into the 2019 budget should be shown. Also, timeline should be attached to payment of the balance of the arrears.

“The revitalization fund and earned academic allowances are the two critical areas on which our members feel strongly about. They expect necessary adjustments on the part of government before they can reconsider their decision on the ongoing strike action.”

ASUU had embarked on what it termed total and indefinite strike on November 4, 2018, to demand improved funding of universities and implementation of previous agreements entered with the government.

The union said its ongoing strike is aimed at compelling the government to make funds available for the revitalisation of public universities based on the FGN-ASUU MoU of 2012, 2013 and the MoA of 2017, and that the operational license of the Nigerian University Employees Pension Company (NUPEMCO) should be released.

The unions also asked for the release of the forensic audit report on Earned Academic Allowances (EAA), payments of all outstanding earned academic allowances and the mainstreaming of same into the 2019 budget.

The lecturers also demanded the payment of all arrears of shortfall in salaries to all universities that have met the verification requirements of the Presidential Initiative on Continuous Audit (PICA).

Meanwhile, one of the major issues that has been dragging the negotiations forth and back is the revitalisation of the universities.

As at Saturday morning, the government was yet to release the N1.1 trillion of the N1.3 trillion it agreed to provide for the exercise.

The Goodluck Jonathan-led administration released N200 billion in 2013 but since then nothing more has been paid.

Earlier, after its meeting with the Federal Government and shortly after the Labour and Employment Minister went to town with the message of a possible return of the lecturers to their classrooms, ASUU had indicated the possibility of its members not accepting the concessions.

Speaking with PREMIUM TIMES Wednesday afternoon, Mr Ogunyemi had said the union was yet to reach an agreement with the government on any issue.

He said what the union took from the government were proposals because “We told them where there were low and what our members will not take but they said that was the best they could give.”

According to him, the difference between the last meeting and earlier ones was that it was the first time the union was given figures “that we could take back to our members.”

He said the union leaders warned government representatives that ASUU members were not likely to accept those figures “but they insisted that we should go and inform them first.”

“We agreed to go back to our members in order to show to them that we are not difficult people. We have been having consultations and telling the government the initial reactions we are getting. So, if they want this problem resolved, they should consider the low things.”

ALSO READ:  Nigerians Slam Tinubu For Alleged Presidential Ambition After Saying 'I Don’t Believe In One Nigeria' In 1997

Speaking on the revitalisation of universities, Mr. Ogunyemi said if government does not release another tranche of the agreed sum, his members would think the government is not ready to solve the problem.

“Revitalisation is key to this issue. That was the point I was making when we had the exit engagement and Senator Ngige was saying we agreed on many issues. There are issues that did not require agreement. If you say you will set up a committee and you do, it is implementation not agreement. So, our intention is not to attack any government but to get our demands,” he said.

“They didn’t release any money. If we are talking about the N1.1 trillion that they should release in tranches and government has not said they will work towards releasing one tranche, then how do you think our members will take that from us? They are mixing up issues. They did not tell us if the N20 billion is a deposit.”

He said no Nigerian would believe the country does not have money to resolve some of the contentious issues.

“I don’t believe any Nigeria will believe government does not have money for what they see as a priority. We keep telling them that overnight they brought out N800 billion to bail out what they now call Polaris Bank. When they had a problem with subsidy, they knew where they went to; so they cannot keep telling us there is no money,” he said.

On when the union would meet the government to reopen negotiation, Mr Ogunyemi said the union was still consulting.

“I am not going to determine whether we are resuming or not. Our members will determine that and we will go back to them,” he said.

When asked what ASUU would be doing next, Mr Ogunyemi said the union was preparing its response to government.