JUST IN: Atiku may not be a Messiah but he is better than Buhari – Obasanjo 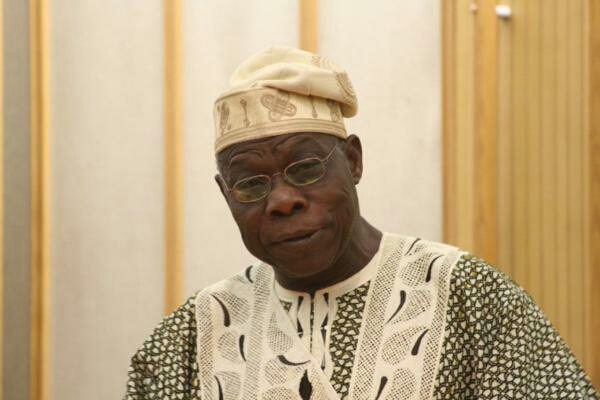 He said his former deputy, though not a messiah, was far better than President Muhammadu Buhari, Punch Newspaper reports.

Mr Obasanjo reportedly made this statement during an interview with the BBC Pidgin where he also explained why he ‘forgave’ Mr Abubakar.

Mr Buhari, who had earlier flayed his former deputy as being corrupt and not worthy of leading Nigeria has since swung political support in his (Atiku) favour.

He has, on the flipside, withdrawn support for Mr Buhari, whom he supported in 2015. He has also accused the president of ineptitude and nepotism.

The former president also said those in the Buhari-led administration will not only go to jail, “they will go to hell if their corrupt acts are exposed”.

“What I am saying is that where we are today; our present situation, if you look at those who are there today and our boss (Buhari), I insist that Atiku will do better than them.

“This is not a prophecy. Those in government today, if we expose them, all of them will enter hell; they will not only go to jail. They will go to hell. Whoever that God does not expose his sins to the public is the person whose secret is kept,” he said.

Mr Obasanjo said President Buhari’s performance in the area of the economy was worse than his assessment of his (Buhari) knowledge of the economy in 2015.

“Look at our economy, is it the way it should be? Our economy can never develop if foreign investors do not come to invest in the economy . But, as it is, they are not coming into the country and they will never come.”

He said “all that Mr Buhari has shown is utter incompetence, nepotism, condoning of evil and misconduct, including corruption”.

He said the president gave priorities to his ethnic group “when appointing people into sensitive positions”.

“Look at what is happening, the person that is leading us says he cannot appoint any other tribe into the posts he considers sensitive because he does not trust them. If he cannot trust my tribe and your tribe what is the benefit?

On insecurity, the former president lamented that the Boko Haram insurgents are deadlier than before.

One Of Many Attacks

Mr Obasanjo’s latest comment comes barely three days after he attacked the president in an open letter accusing him of planning to rig the general election.

This is not the first time the ex-president will be verbally lashing out at a successor. He similarly wrote damming missives against ex-president Goodluck Jonathan, whom he also fell out with after accusing him of incompetence.

“It is no use, to keep lamenting about the failure, incompetence, divisiveness, nepotism, encouragement and condonation of corruption by Buhari administration as there is neither redeeming feature nor personality to salvage the situation within that hierarchy. You cannot give what you don’t have,” he said in his latest barb.

Mr Buhari is seeking re-election on the platform of the ruling APC with Vice President Yemi Osinbajo as his running mate.

The presidential and National Assembly elections will hold on February 16.